The (future) Rubinos will be living in...

When we first decided that we were going to live in France next year, all I could envision was PARIS. When the reality of David needing to find a job in the city where we live hit me, I was kind of sad that my Paris dream might not become a reality. For at least a month, David worked hard applying to jobs all over France and even in Switzerland. He had interviews in several different places, and finally... he got 2 offers! Both of them were in the same region, and neither of them were in Paris. However, I still happen to be pretty excited about this location.


It looks like we're going to be residents of the lovely French Riviera/ Côte d'Azur for the next year!

Reasons why I'm happy about this:

1. Beautiful weather, Mediterranean beaches, and lots and lots of sunshine.
2. It's a region that I haven't spent much time in, so I'm excited to explore new things. My mind is already mentally composing a list of places to see.
3. Even though it's not Paris, you still get the glamour factor. This is the preferred vacation destination for millionaires, movie stars, and royalty. That means there's castles to see, excellent people watching opportunities, and designer stores to window shop in. I also don't mind the fact that I can pop over to Monaco or Italy in under an hour.

David will be working in a small town near Cannes that I know you can't pronounce and you haven't heard of. Did you just pronounce Cannes in your head with an 's' at the end? Because if so, you're so not ready to attempt Mandelieu-la-Napoule.


Cannes has about 75,000 people and Mandelieu only has about 22,000. We'll probably look apartments in both places and see where we can find the best option. It will most likely be a challenge to find a place to live because these are prime summer vacation destinations. So, a lot of places are only available to rent from September-June.

I kind of doubt the prospects of me finding a job in this area. Since they are small cities, the options will be limited. My first priority will be to stop procrastinating and finish my master's. I won't have a work visa for a few months anyways, so I can use that time to finish up my Holocaust Studies.

People keep asking me what kind of job I'll get, but what they don't understand is what I'm trained and educated to do in the U.S. is impossible for me to do in France. I'm a certified French teacher. Not only do French people not need me to teach them French, but I'm not licensed to teach any kind of subject in French schools. I might end up trying to be an English tutor or something, but thinking about that will be on the back burner until I have my degree and the correct visa. It would be nice if I could work though- I wouldn't mind some cash for shopping and traveling :)

Anyways, we're excited!! It's great that David was able to find a good job, and an added bonus that it happens to be located in paradise. If anyone's curious, here's a map: 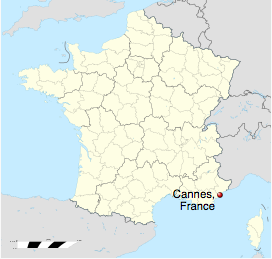 Here's the city where David's from, to compare. It's about a 3 hour drive. 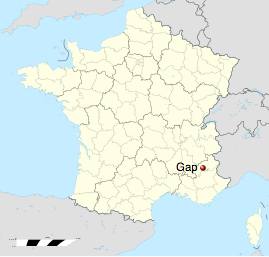 And lastly, because at least 5 people have already asked me where it is in relation to Paris. Because that's the only city a lot of Americans can imagine existing in France haha. 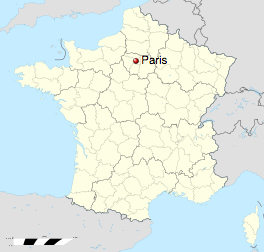 Basically, it is really far from Paris. On the bright side, at least I'll be closer to Paris there than I am now in Wisconsin. I'm sure I can make (hopefully) a few visits happen.

Just for fun, here's a few pictures of the surrounding Riviera and Provence areas that I hope to travel around during the next year!

Have I convinced anyone to come visit us yet?

P.s. Other recent post that I didn't put on Facebook: Pictures that I rediscovered from the lovely French city of Reims, and my quick visit to Tennessee last week.