Leaning the day away

On my last day in Italy, Jenna and I decided it would be worth it to spend 4 hours on a train just so we could see the Leaning Tower of Pisa. That may sound a little crazy, but let me assure you it was totally worth it.

My first thought when I saw the tower was literally “Wow, it really is leaning.” So intelligent, I know. I guess I was really impressed with the degree to which it was leaning. 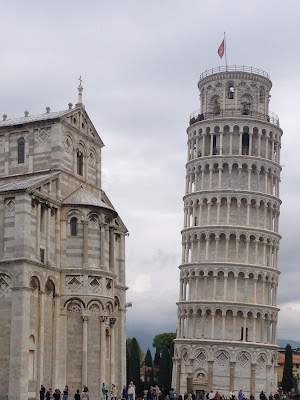 People watching definitely made the train ride worth it. I would willingly sit on a much, much longer train ride just for the opportunity to watch so many people taking pictures as awkward as these.

We really enjoyed “accidentally” taking pictures of other people taking pictures. There are people leaning and posing in every possible way, and they all happen to look even funnier when you can’t see the tower in the background.

There’s A LOT of this going on. 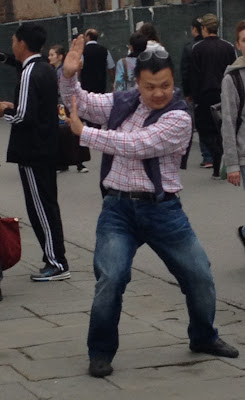 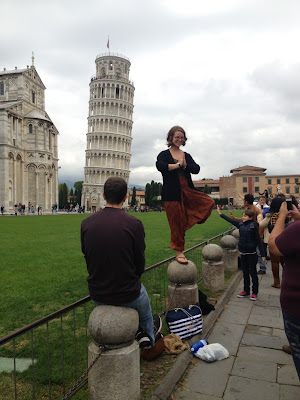 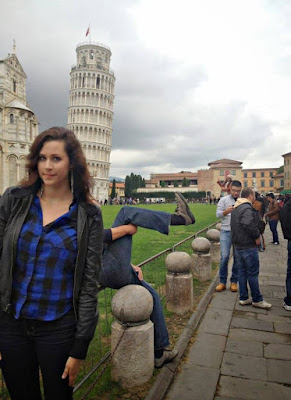 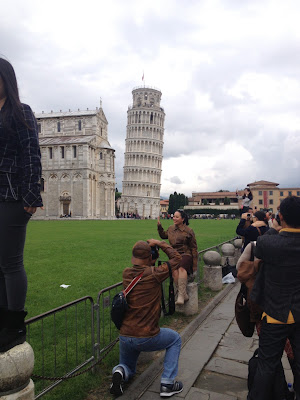 Before we got there, we wanted to have a contest to see who could take the funniest picture of someone else posing. I think we decided that this one I took was the winner. 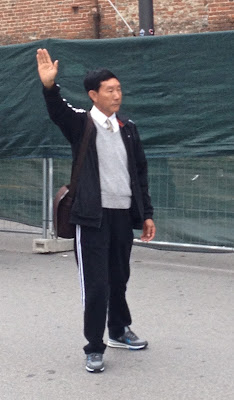 The complete lack of expression combined with the dress shirt/tie/sweater vest and tracksuit/tennis shoes combo just screams WINNER. I absolutely love this man.

Of course, we took some of our own pictures as well. At first, we tried to get the classic pictures touching/holding up the tower. 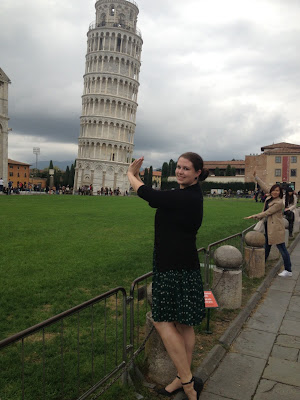 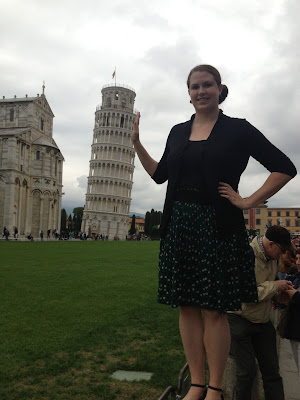 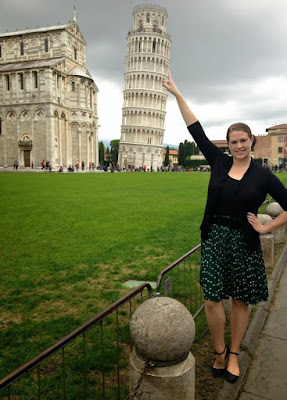 But that was actually really hard, so we decided it would be funnier to take pictures where we come nowhere close to the vicinity of tower, but look like we’re trying to touch it. 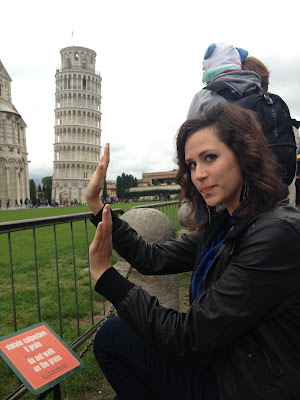 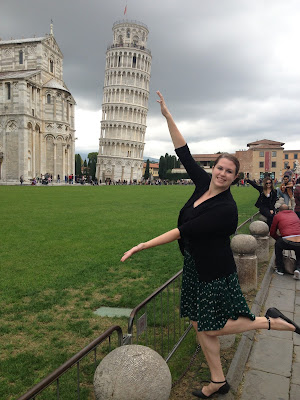 That was a lot easier, and very amusing.

So we spent a long time entertaining ourselves that way. Right next to the tower there’s a cathedral, so we stopped in there too. This was my last Italian cathedral! Sad. 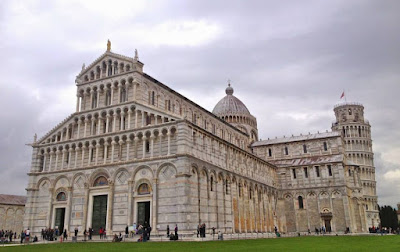 Once you start holding things up, it’s really hard to stop. 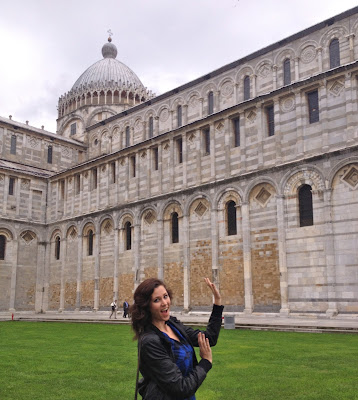 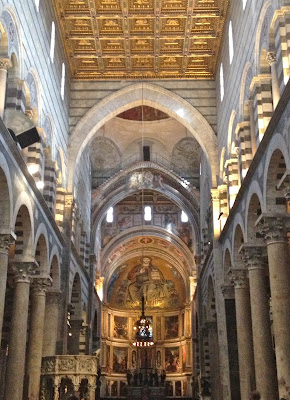 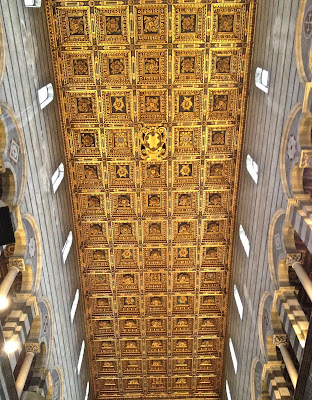 After all of that fun, our day in Pisa was complete. Here’s a picture of the town of Pisa that I took on the way back to the train station. 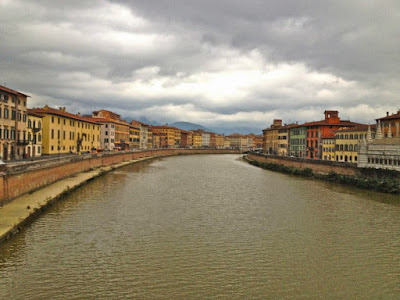 And that concludes my amazing trip to Italy! My train left Siena the next morning at 6, and then I traveled for about 12 hours. I had to take 4 different trains to get back to Strasbourg. Probably the only day in my life where I will have my breakfast in Italy, my lunch in Switzerland, and my dinner in France.

I've never been to Switzerland, so I enjoyed seeing some views from the train. 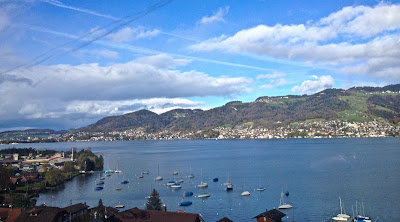 From what I saw, the entire country is made up of lakes and mountains. But I'd have to say the best part of my time in Switzerland was eating Swiss Swiss cheese during my train layover in Basel. It was delicious. Another highlight included sitting next to some crazy American study abroad-ers talking about their experiences- like how they passed out drunk with some hobos and ended up sleeping under the Eiffel Tower. They didn't know I spoke English, so I heard lots of fun stories. And that was probably the tamest one.

It was nice getting back to Strasbourg. I was completely satisfied with my vacation. Such a memorable trip.