Up north in Israel, that is. I wish I could visit Wisconsin too!

First of all, here's a few pictures of the view of the Sea of Galilee that we have from our church building in Tiberias. It helps a little bit to make up for how much I have to participate in our tiny branch. I really miss being the anonymous person sitting in the back row. 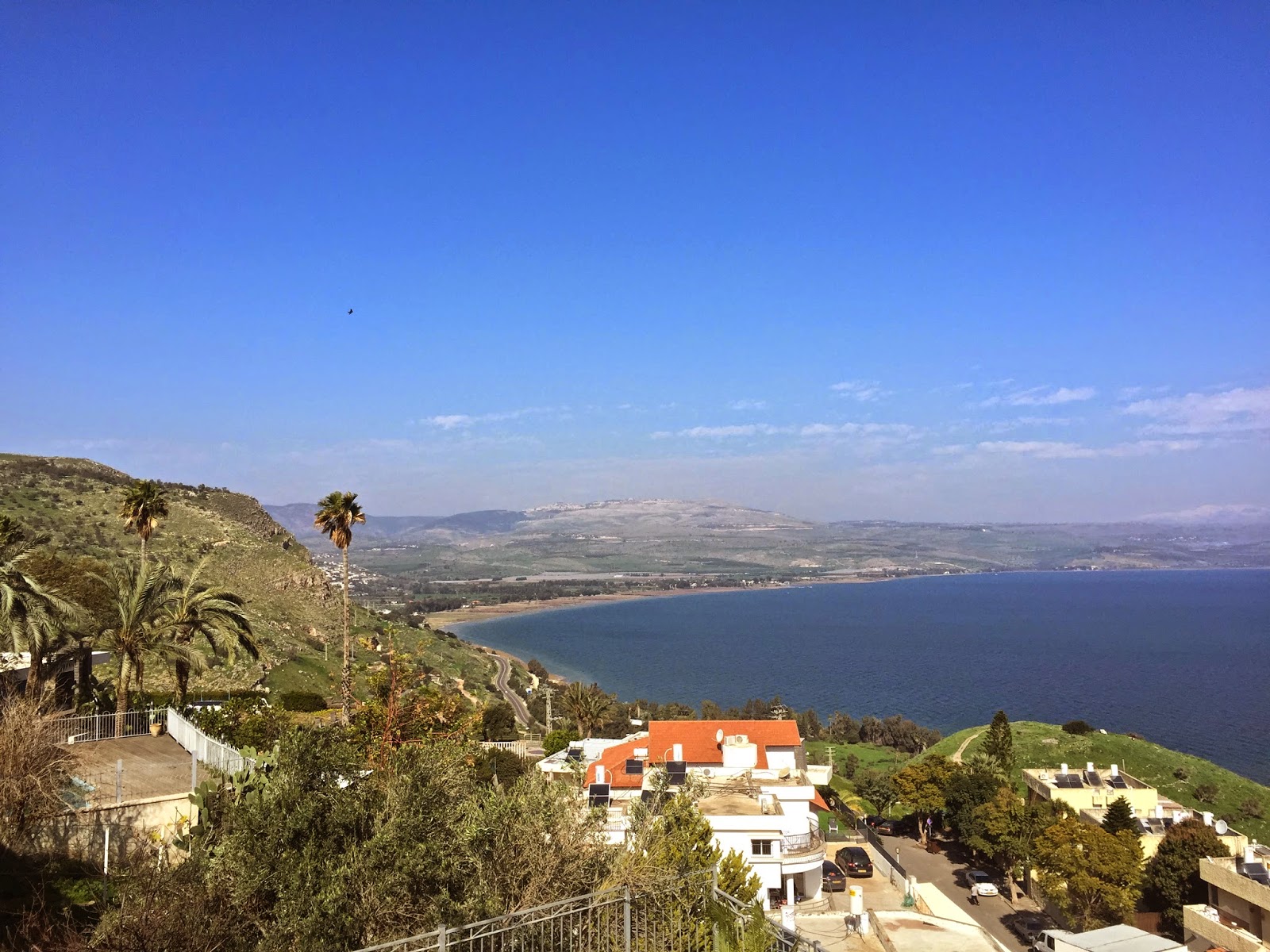 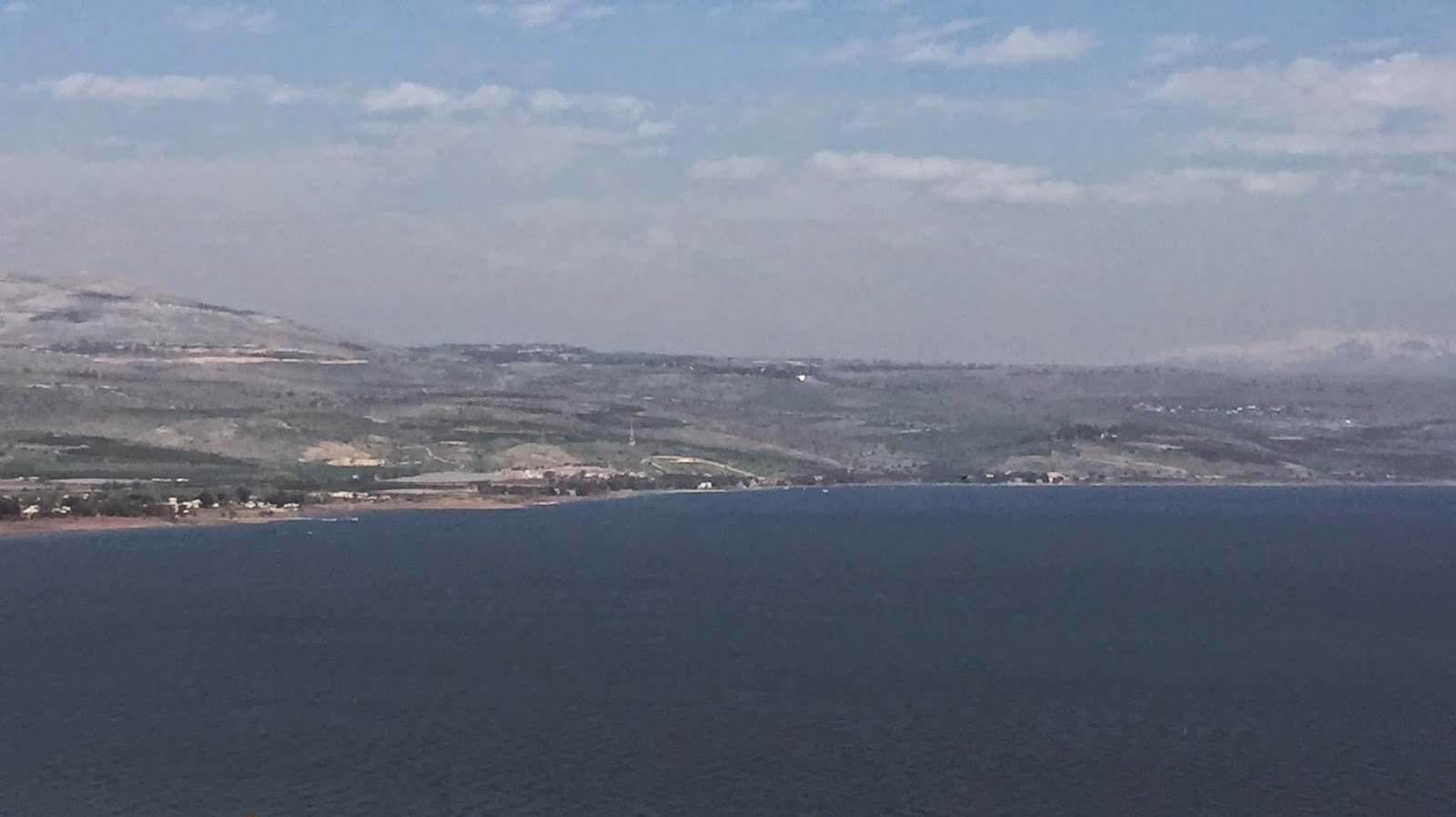 Last week I got out of Haifa a few times and went on some day trips. We have the option to go along on field trips around Israel with everyone else that's studying Hebrew.

On Tuesday after our class we went to Nazareth. In case you're rusty on your Bible knowledge, Nazareth was Mary's hometown and also where Jesus grew up. It was kind of funny to go there with a group of students who were almost all Jewish. Our Jewish tour guide read the story of the Angel Gabriel visiting Mary from Luke. It was weird to be one of the only ones who wasn't hearing the story for the first time! Definitely a little different than going there with BYU. Although I would say better. The BYU people sing way too many hymns. I'm still haunted by that.

Nazareth has the biggest church in the Middle East, the Basilica of the Annunciation. Because it's such a BIG church in a predominantly Muslim Arab city, it's caused some tension in recent years. Apparently Muslims wanted to build a mosque that was even bigger right next to the basilica. The Israeli government said no out of respect for the Christians (since it's a Christian holy place and not a Muslim one). To compensate for that, some Muslims like to proselyte near the church. There's some really fun banners too. I was impressed that they really stepped up their sign game from the last time I was there in summer of 2013. 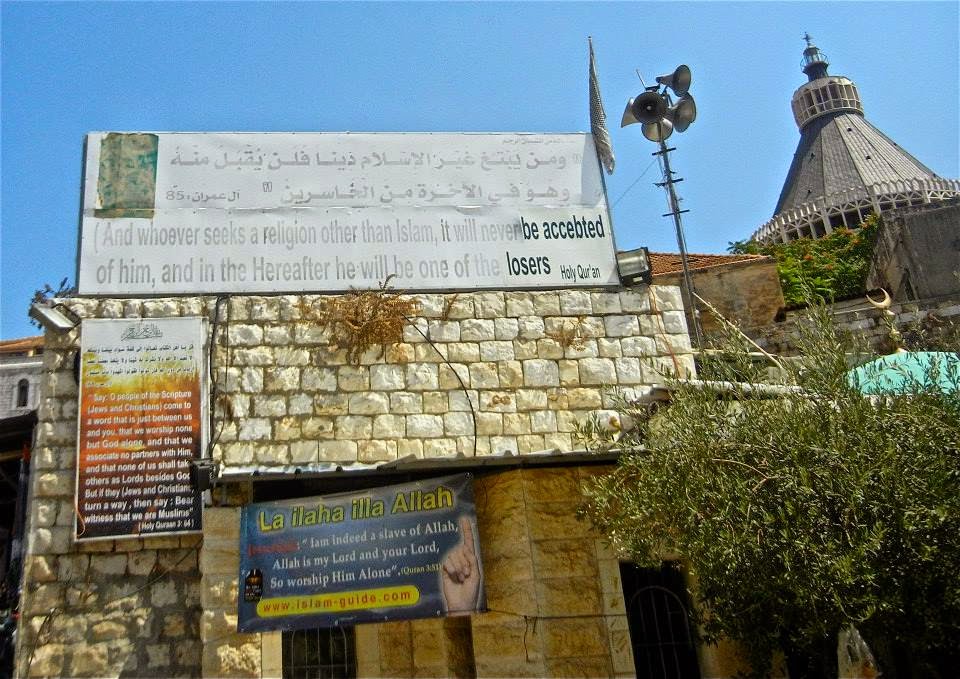 Nice job getting rid of your crappy, faded, misspelled sign. 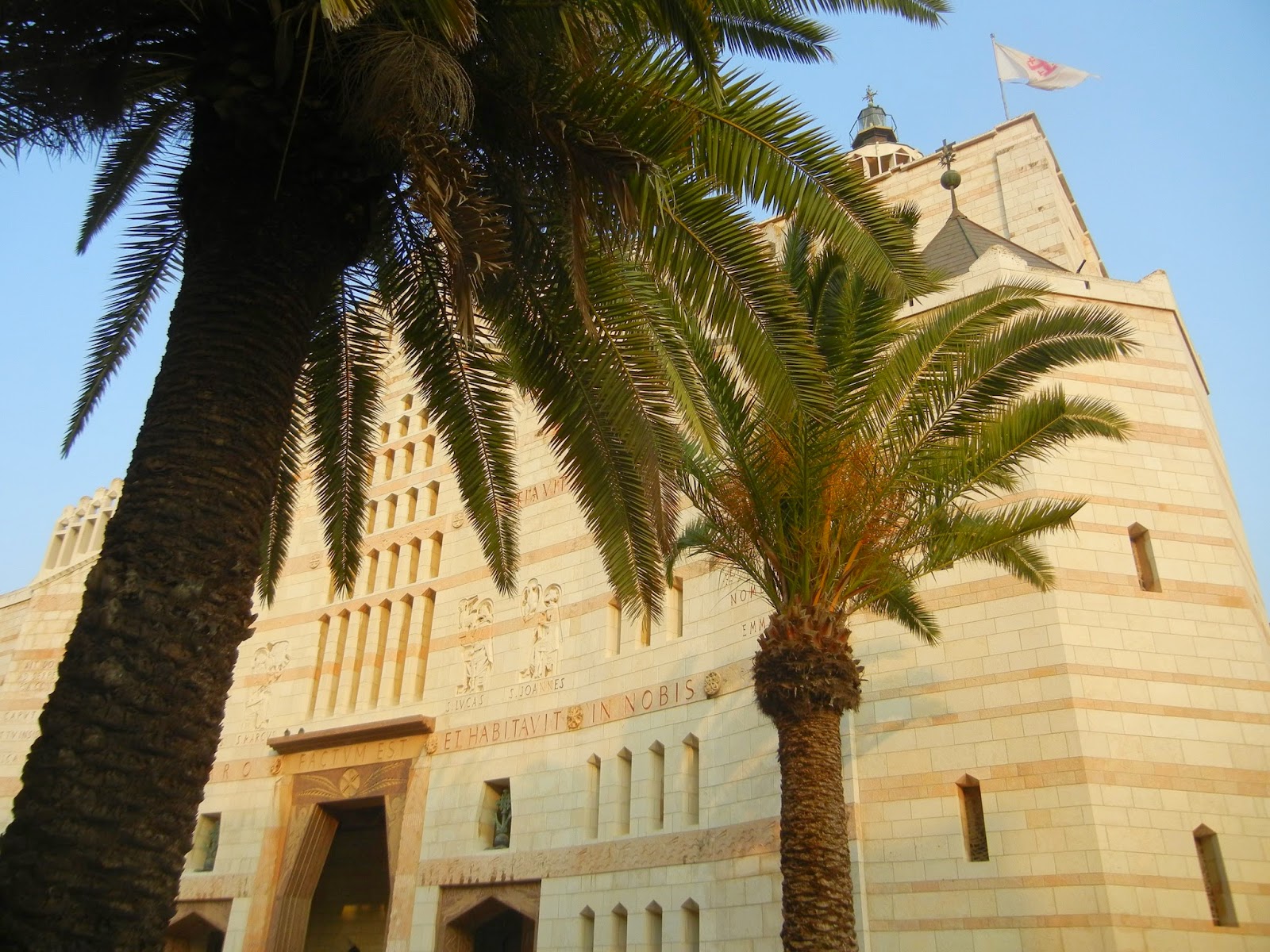 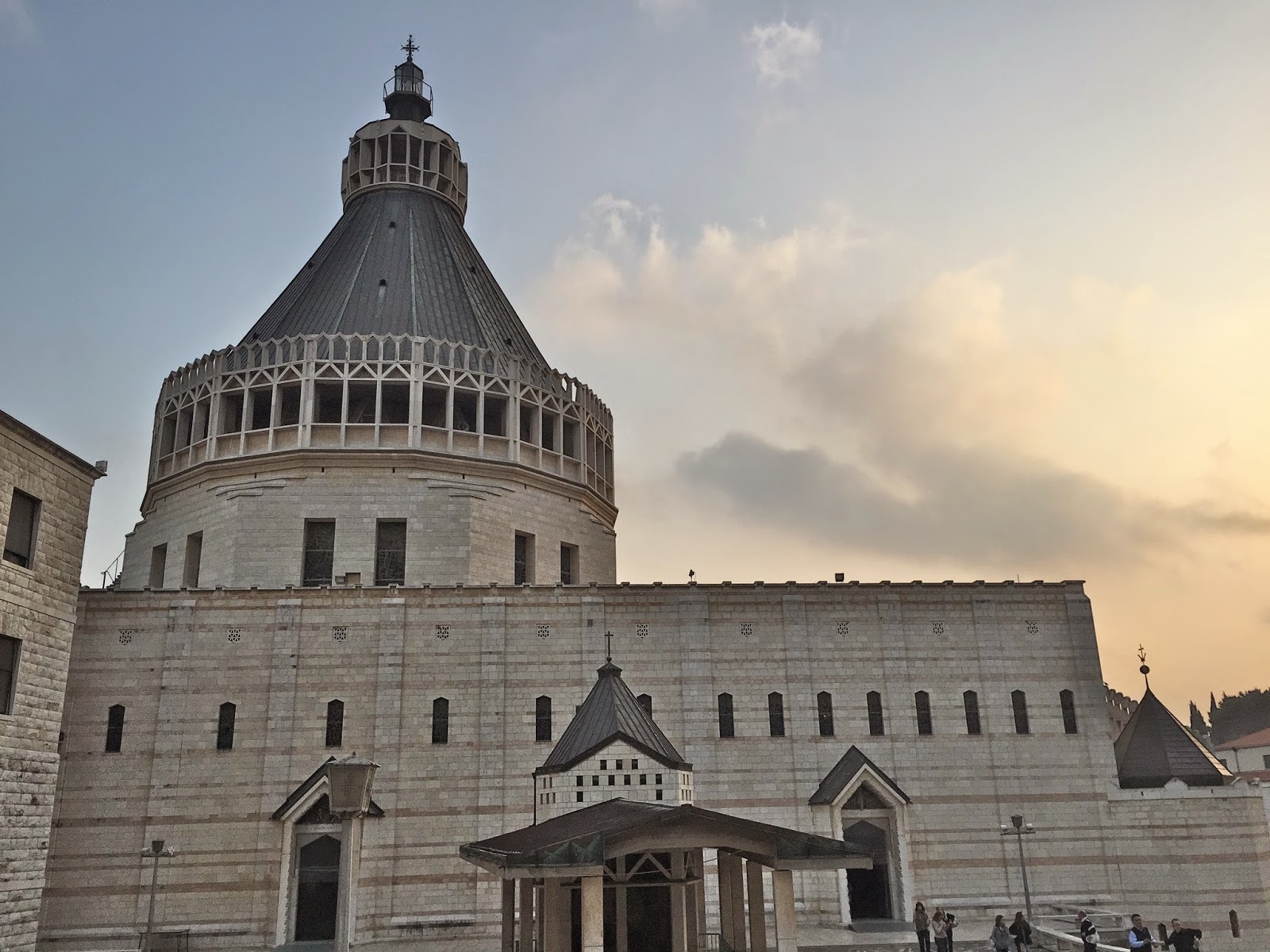 Something unique about the church is that both inside and outside there's artwork from around the world of Mary and Jesus. And guess what country's is the ugliest? America's. I did not take a picture of it because it was embarrassing. 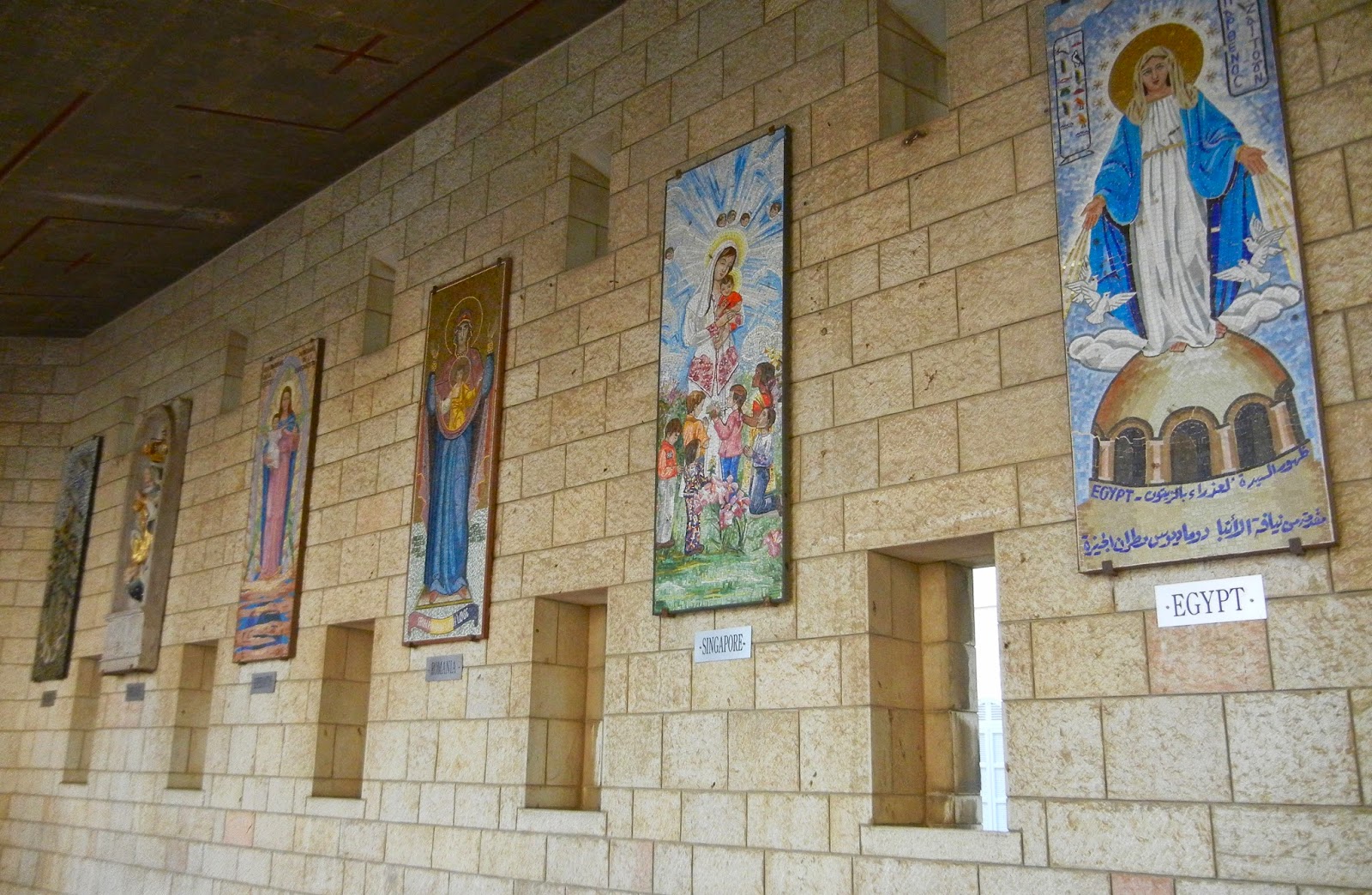 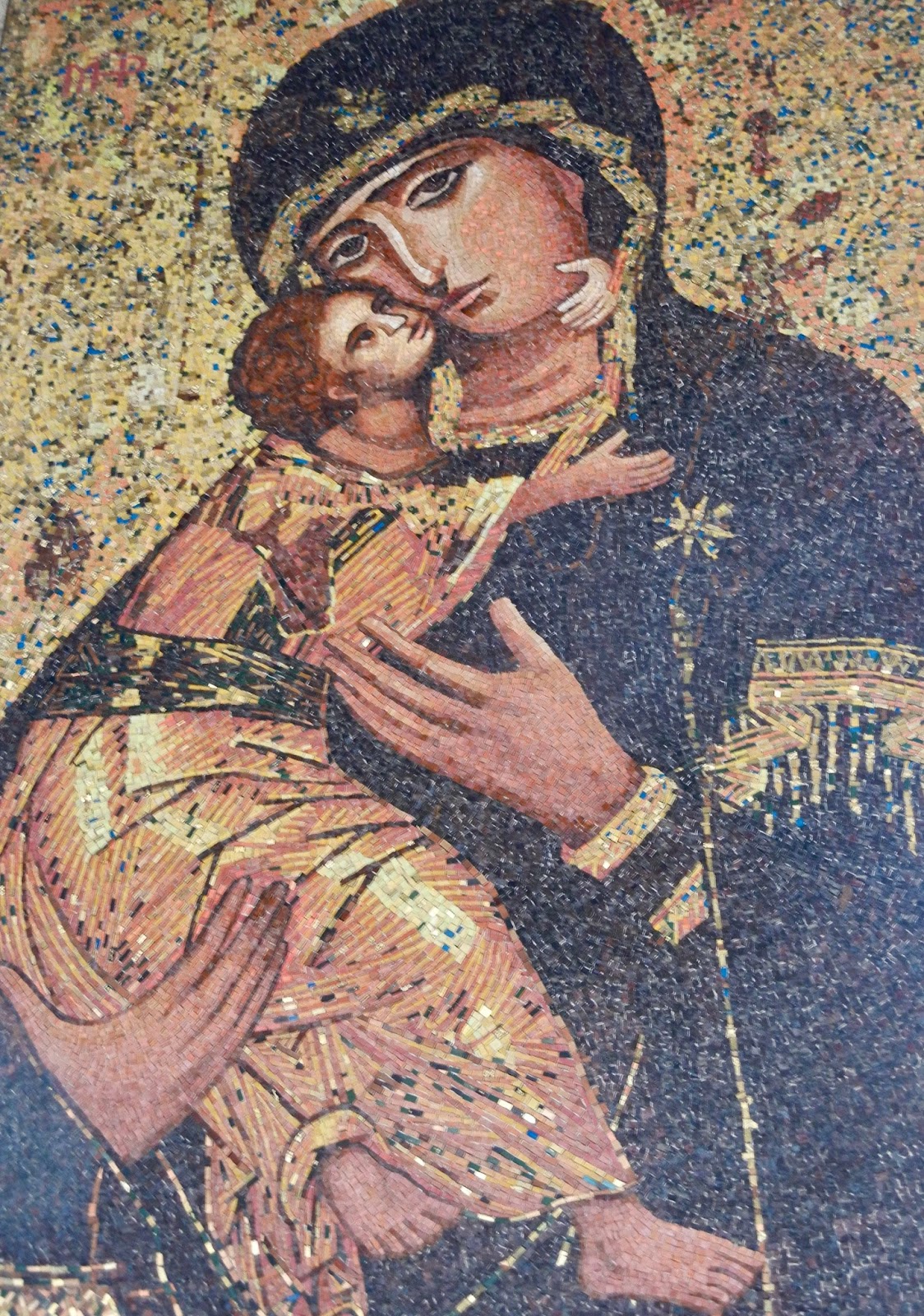 In the basement of the church, you can visit the grotto that's actually supposed to be the remains of Mary's house where the angel visited her. Apparently Nazareth at the time of Jesus only consisted of about 20-25 families. They've done excavations here and discovered some houses from that time period. You can't know if it's the right one, but you know it was somewhere really close by because it was such a small town! 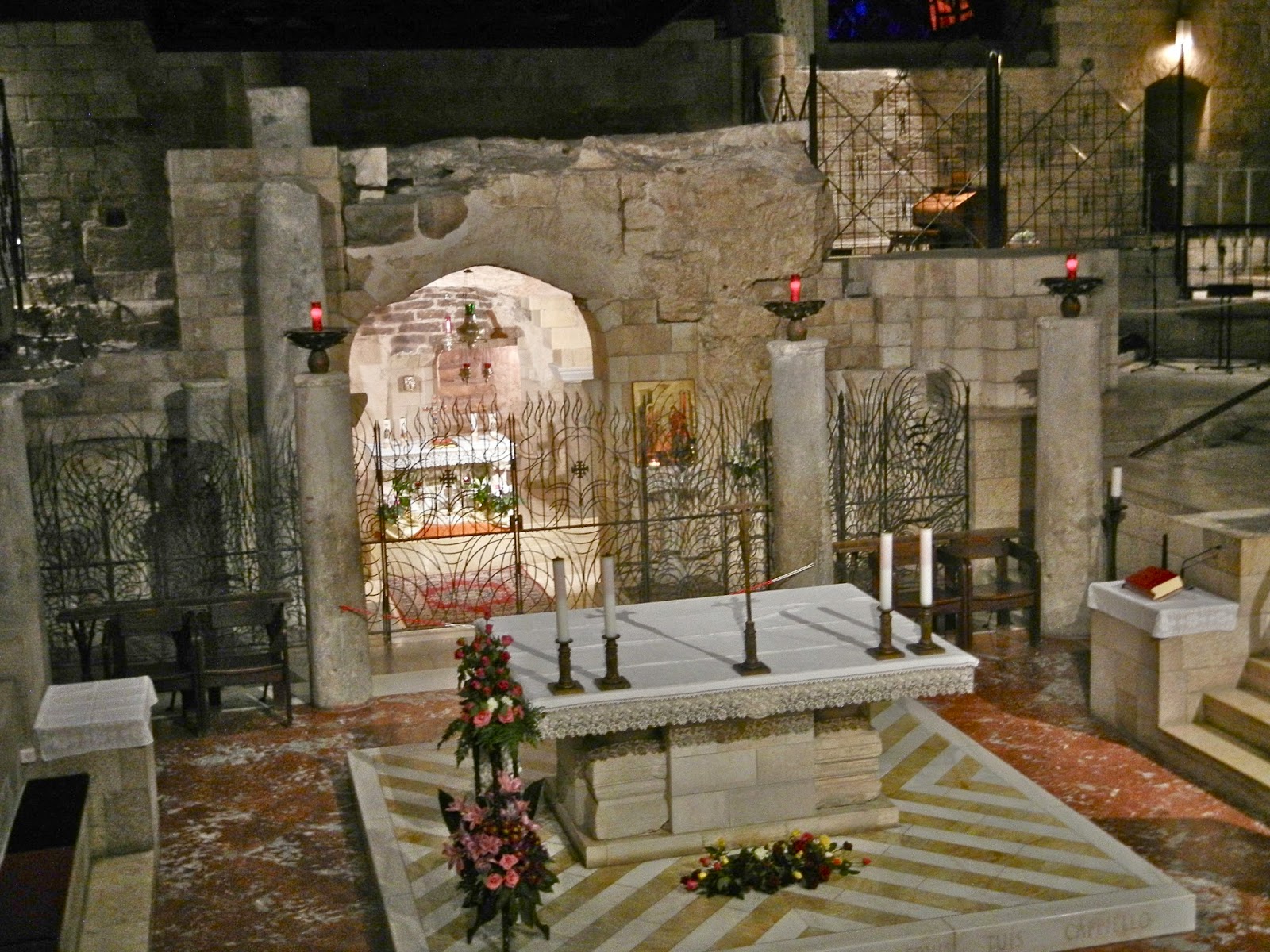 Upstairs in the main part of the church, there was a mass going on in Spanish. The priest sang Nearer my God to Thee. Not the happiest song ever, but it was cool to hear a song I know. 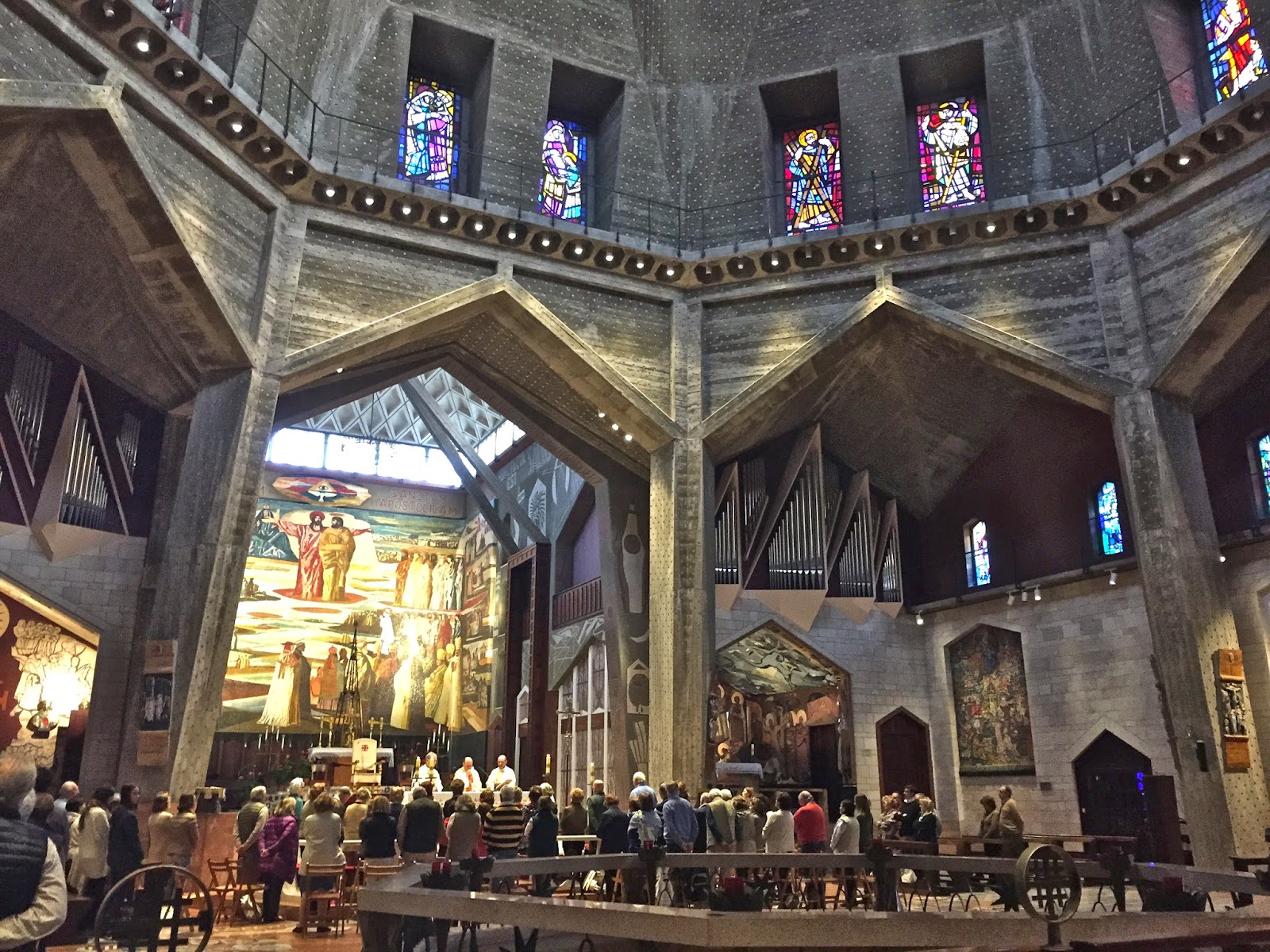 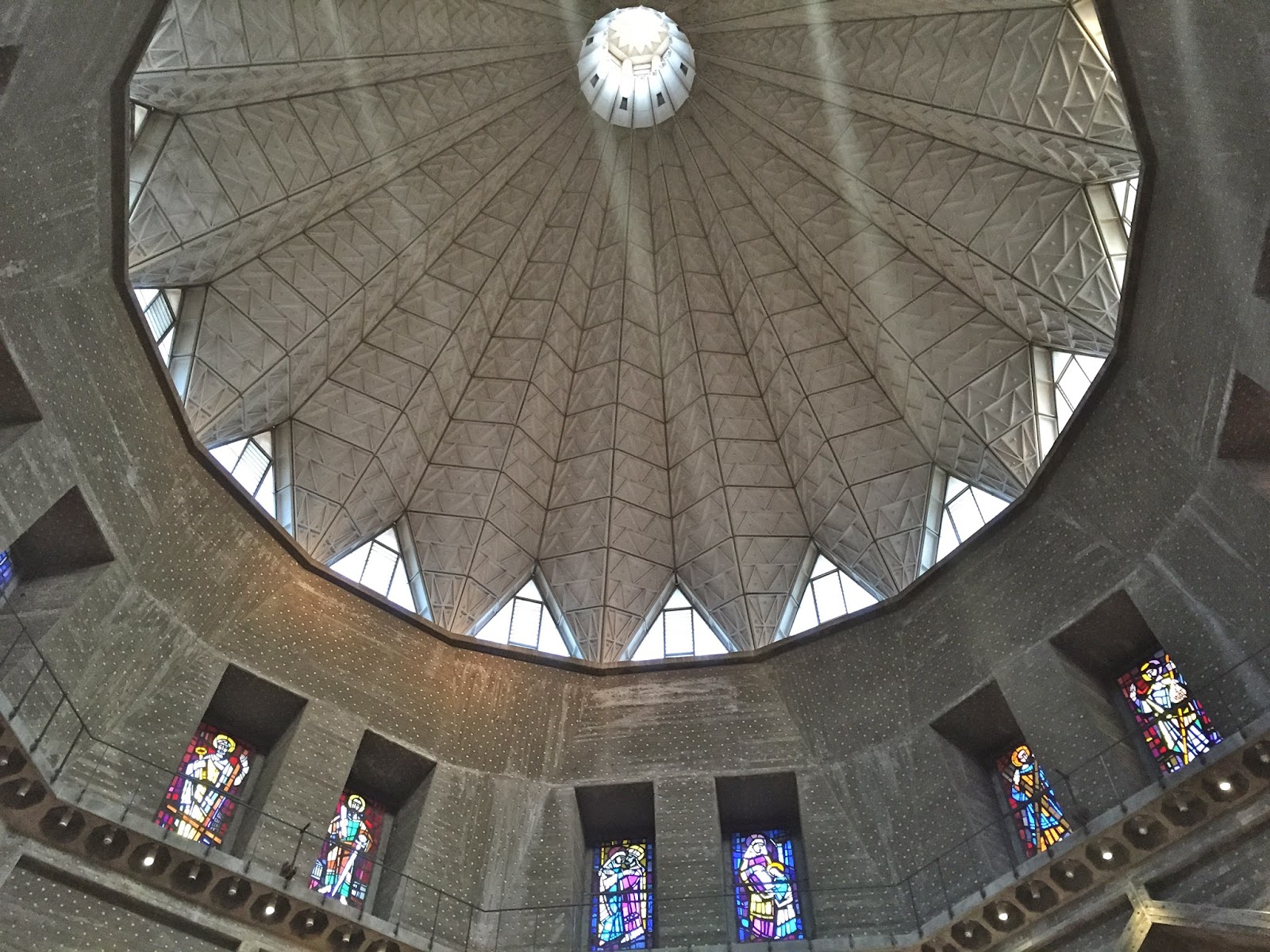 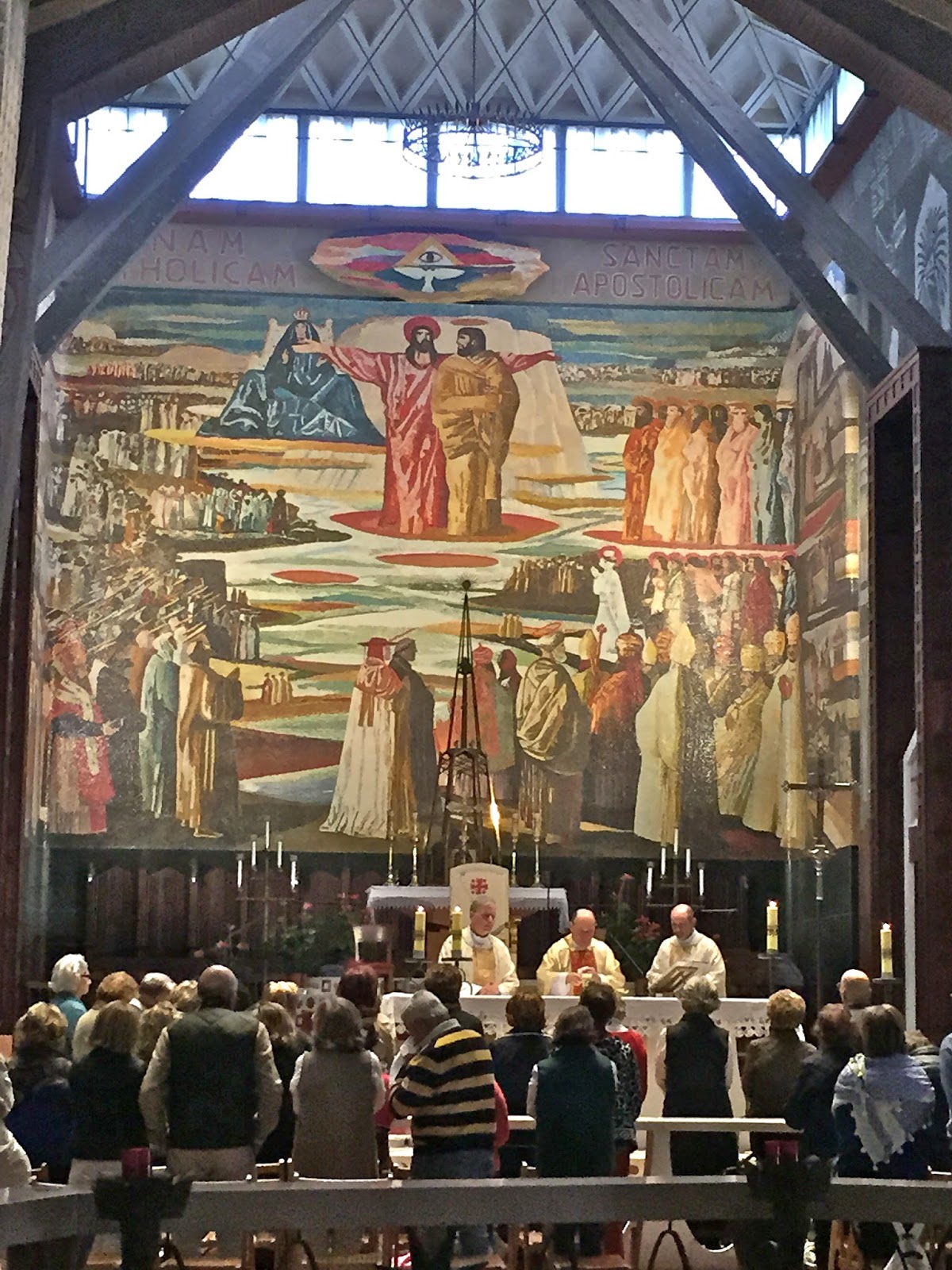 Here's my last two pictures of Nazareth. After our tour of the church we had some free time to walk around the city and eat falafel. When it got dark out, there were some pretty lights! 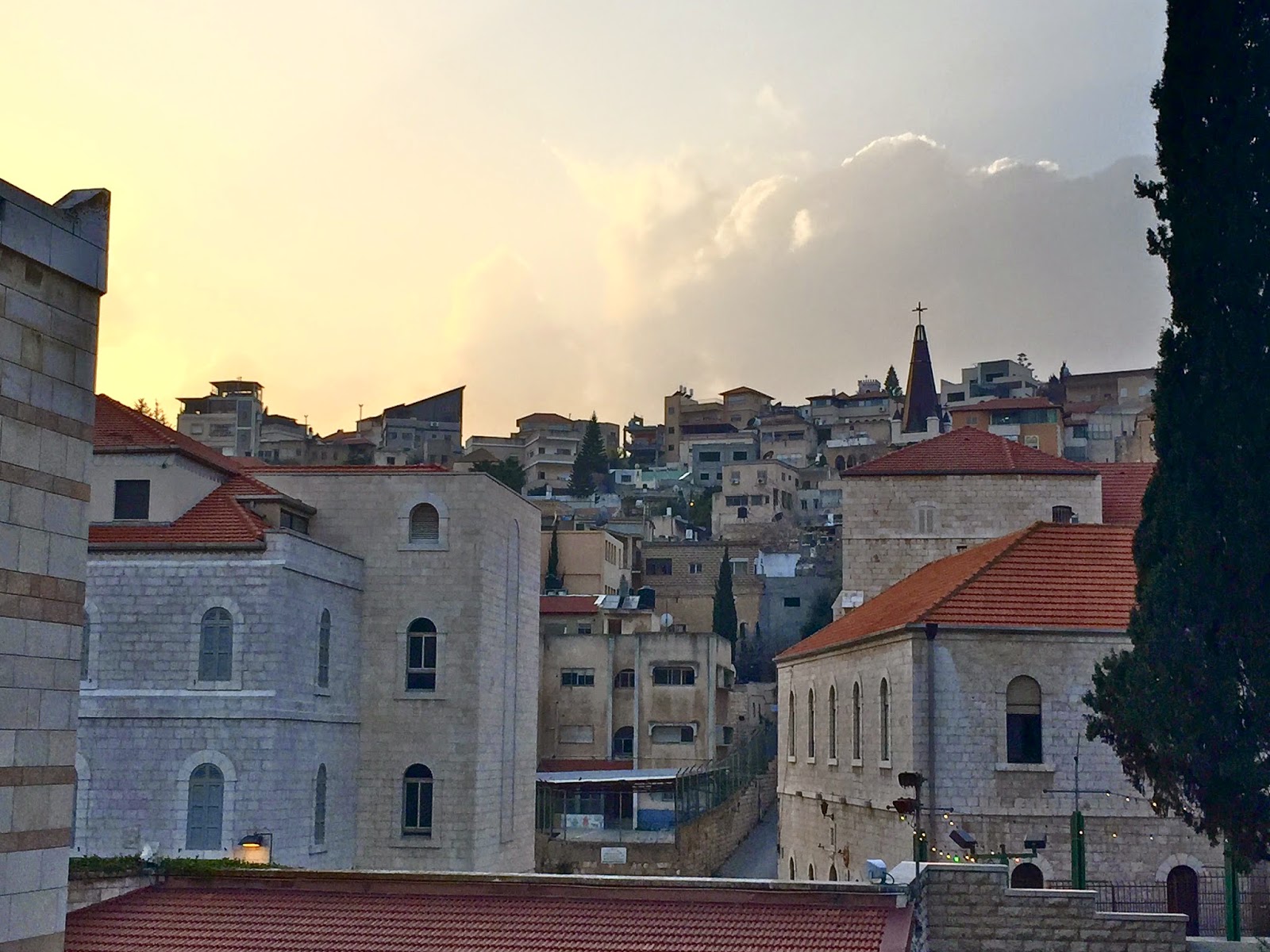 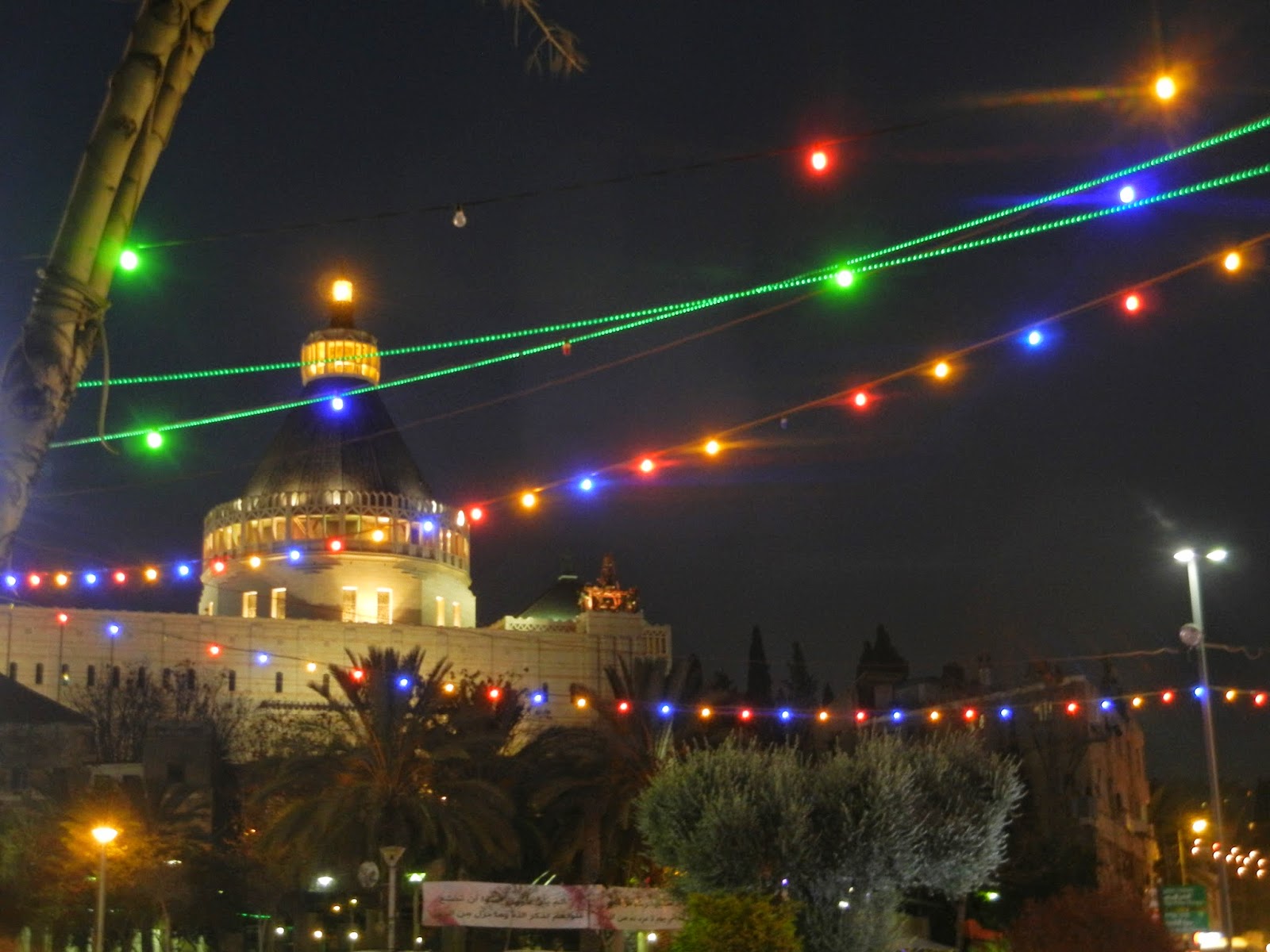 A few days later, on Friday, I went along on a much more Jewish-oriented tour. We went to two cities in Northern Israel that I've never been to before- Safed and Rosh Pina. Safed has various spellings in English, but I think Tzfat sounds most like the Hebrew word so I'll go with that (and it's really fun to say!).

Tzfat is known as one of Judaism's 4 holy cities- the others are Jerusalem (where the temple was), Tiberias (where the Talmud was written), and Hebron (where the patriarchs were buried). Tzfat's claim to fame is that it's the hometown of Kabbalah. It became a center of Jewish thought after 1492 when all Jews were expelled from Spain and many settled there.

Kabbalah is Jewish mysticism. I definitely do not have a deep understanding of what that means. If you want to know what that means, you're going to have to come to Tzfat and ask a rabbi, or go track down Madonna. One of the two. (Madonna started a trend of Hollywood people that practice Kabbalah. She once even came to Tzfat haha).

Today most of the Jews who live in Tzfat are ultra-Orthodox and are REALLY waiting for the Messiah to come. Some of them (from the Chabad-Lubavich movement) think they know who it is, even! 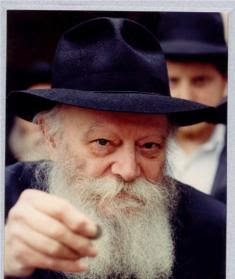 Fun fact: the Holocaust survivor that I visit every week once stood in line for 8 hours to meet him. His name is Menachem Mendel Schneerson, and he was a very famous rabbi in New York who died in the 90s.

This is the old city of Tzfat- a community built by Jews from Russia in the early 1800s. I read a text once in a Hebrew textbook that said Tzfat's nickname is the "blue city." You can see some little touches of blue, but mostly it's a "tan city" like every other city in Israel. 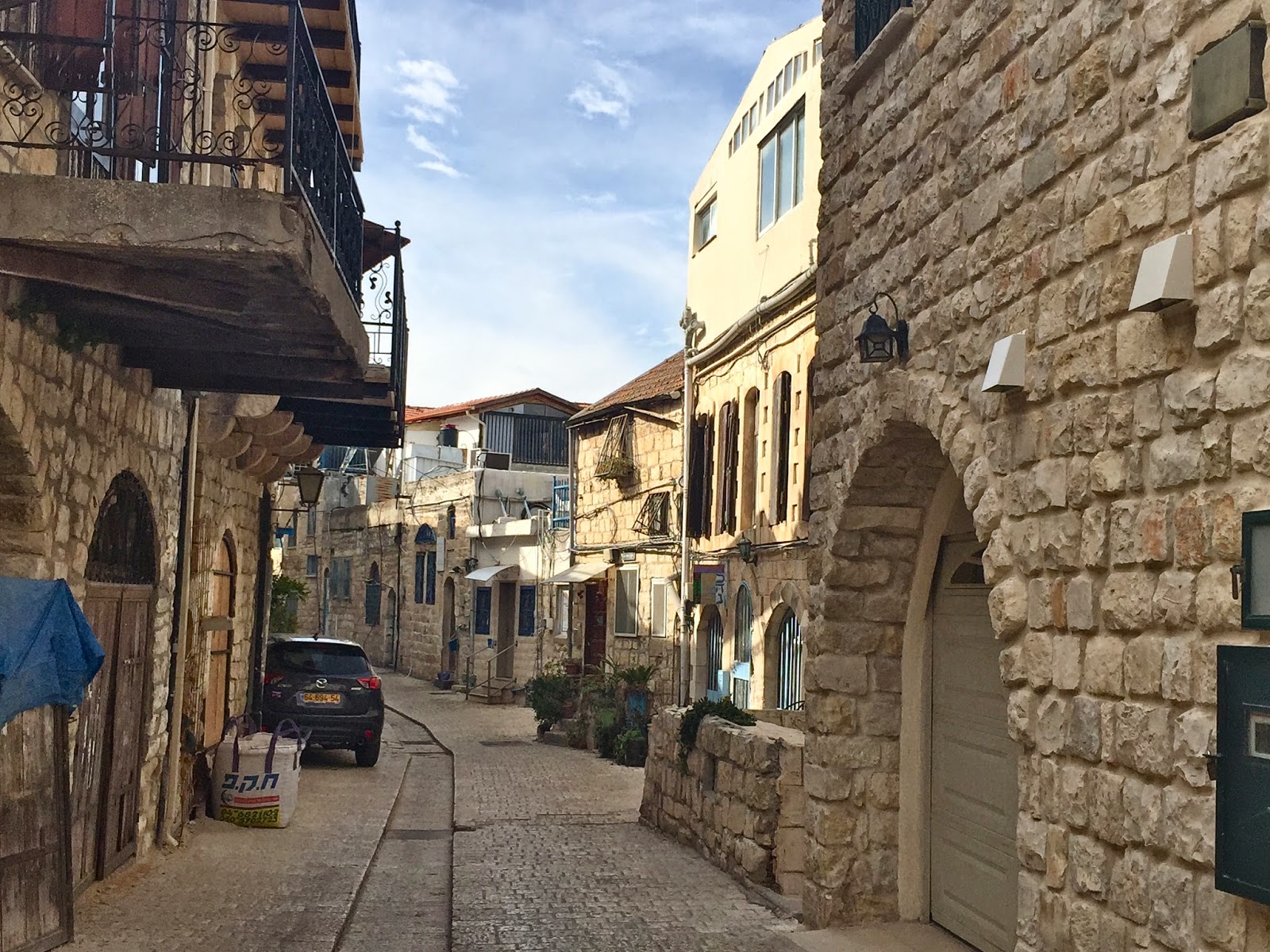 We visited this synagogue. 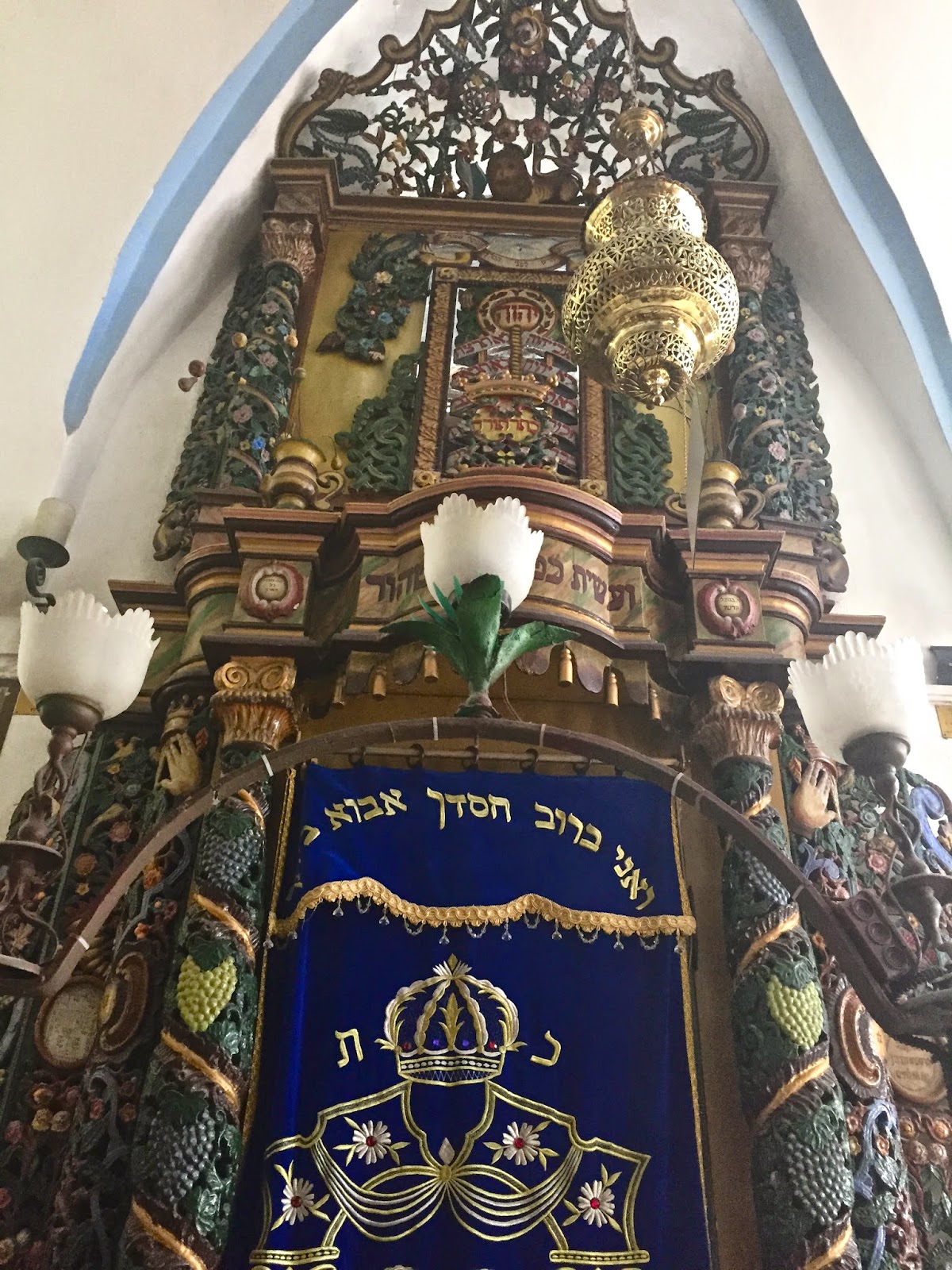 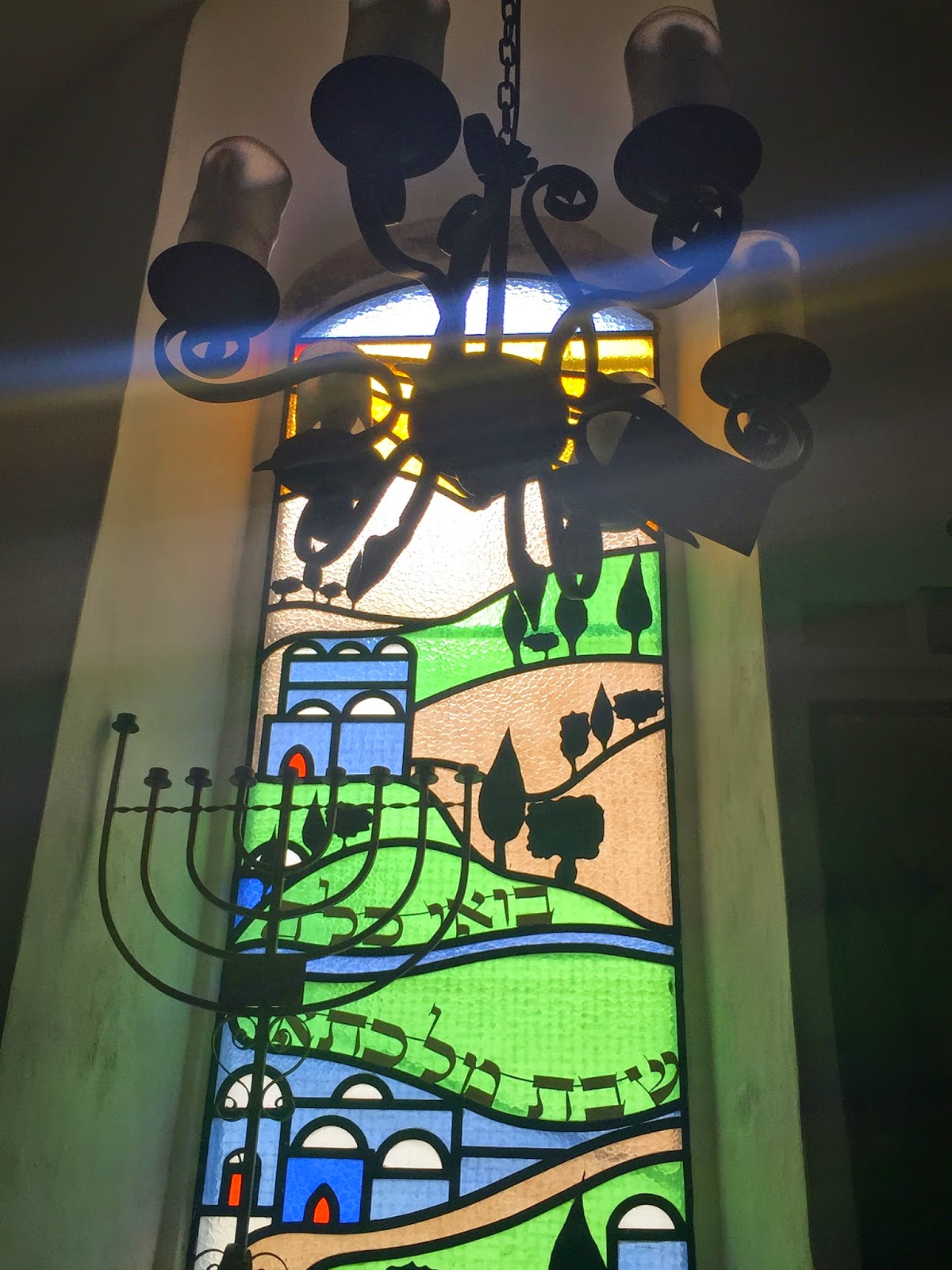 We also stopped in the remains of a Crusader fortress. There were great views up there of the Galilee region because Tzfat is the highest city in Israel. The word Galilee comes from the word roll= rolling hills. 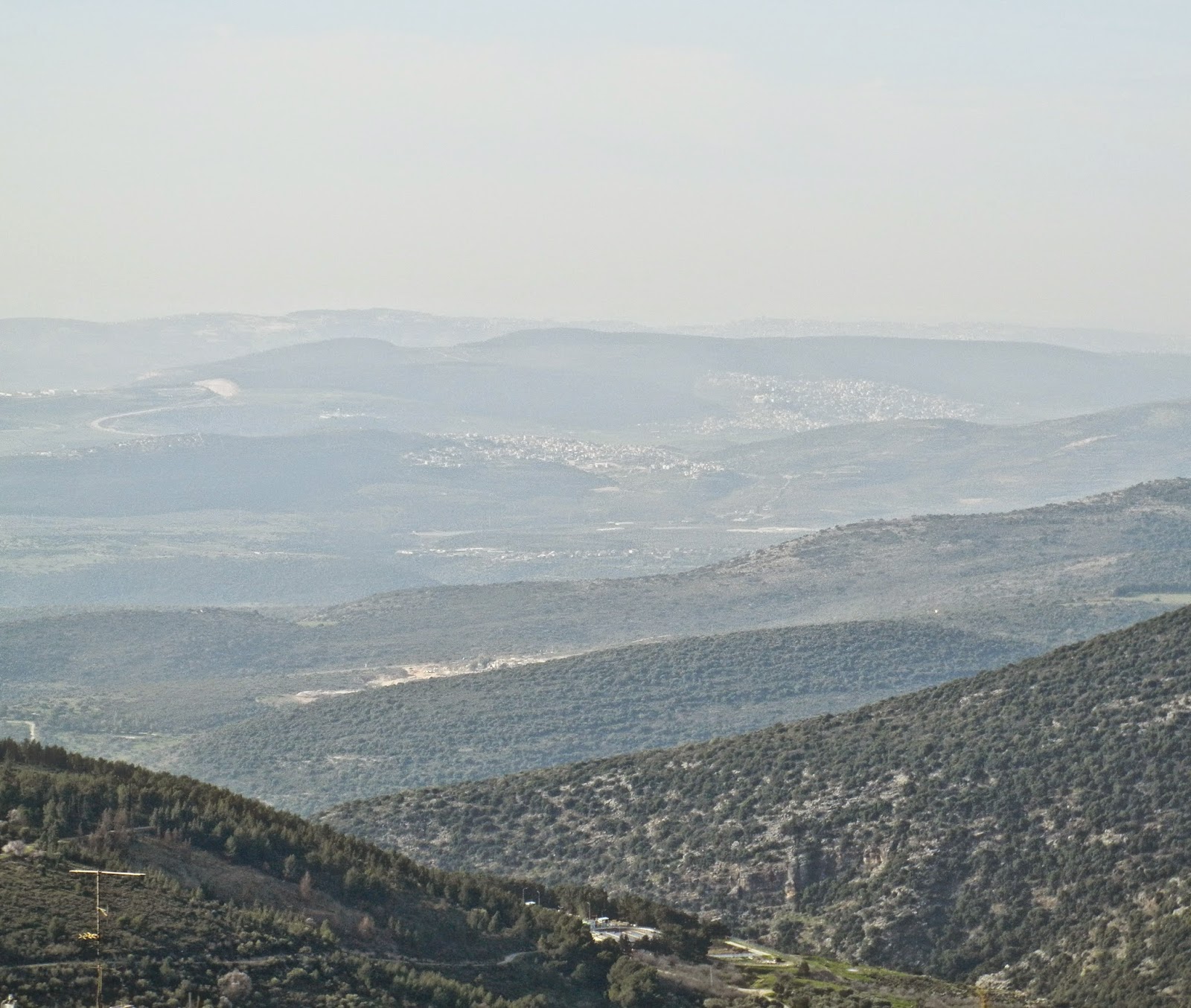 Our next stop, Rosh Pina is the oldest Zionist settlement in Israel- founded in 1882. Zionism basically means Jewish nationalism. Persecuted Jews from Europe started coming to the Holy Land in the late 1800s, hoping to someday have a Jewish state. A Rothschild family member helped to sponsor the establishment of this town.

Like in Tzfat, there were some great views from here. 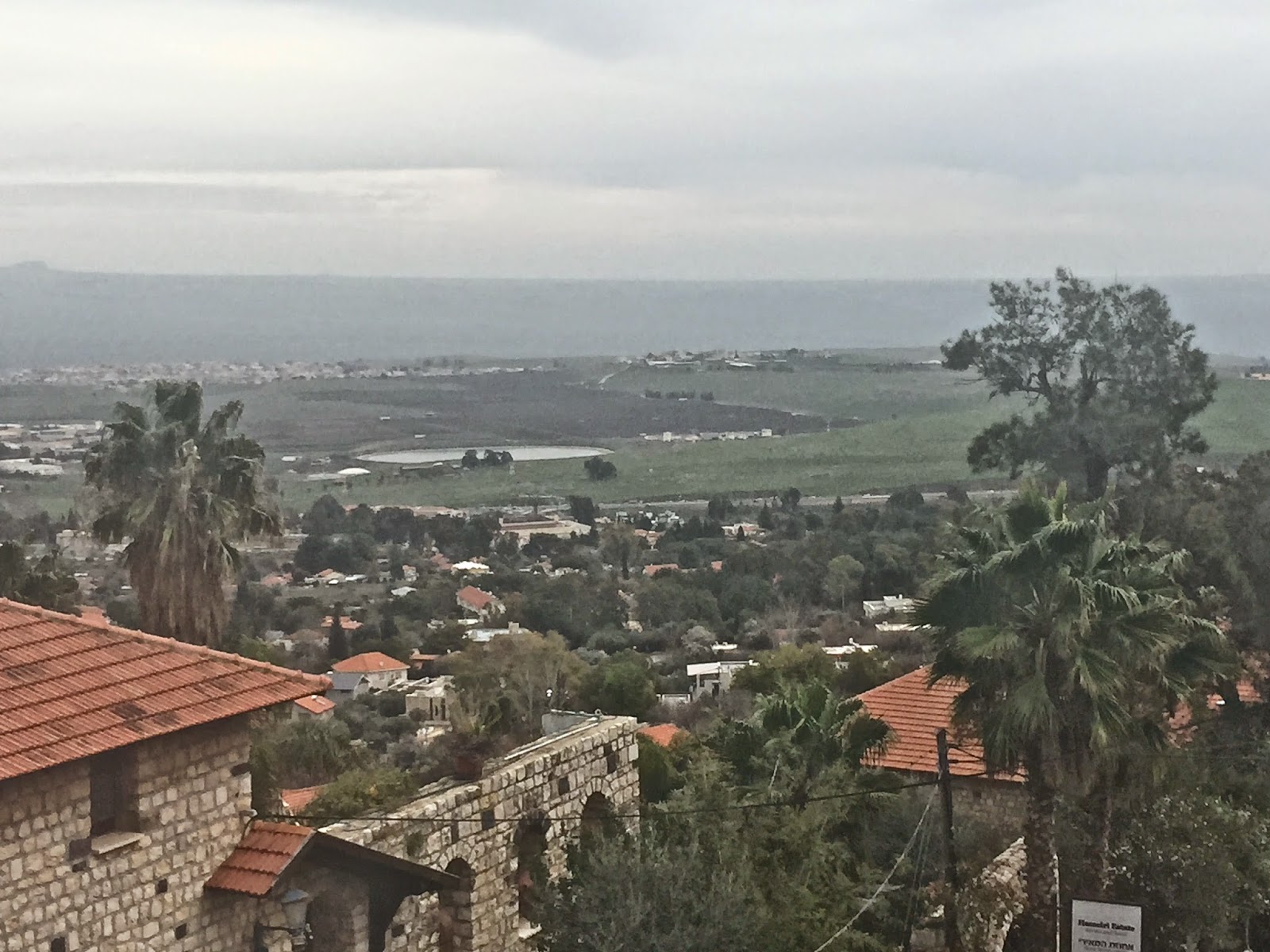 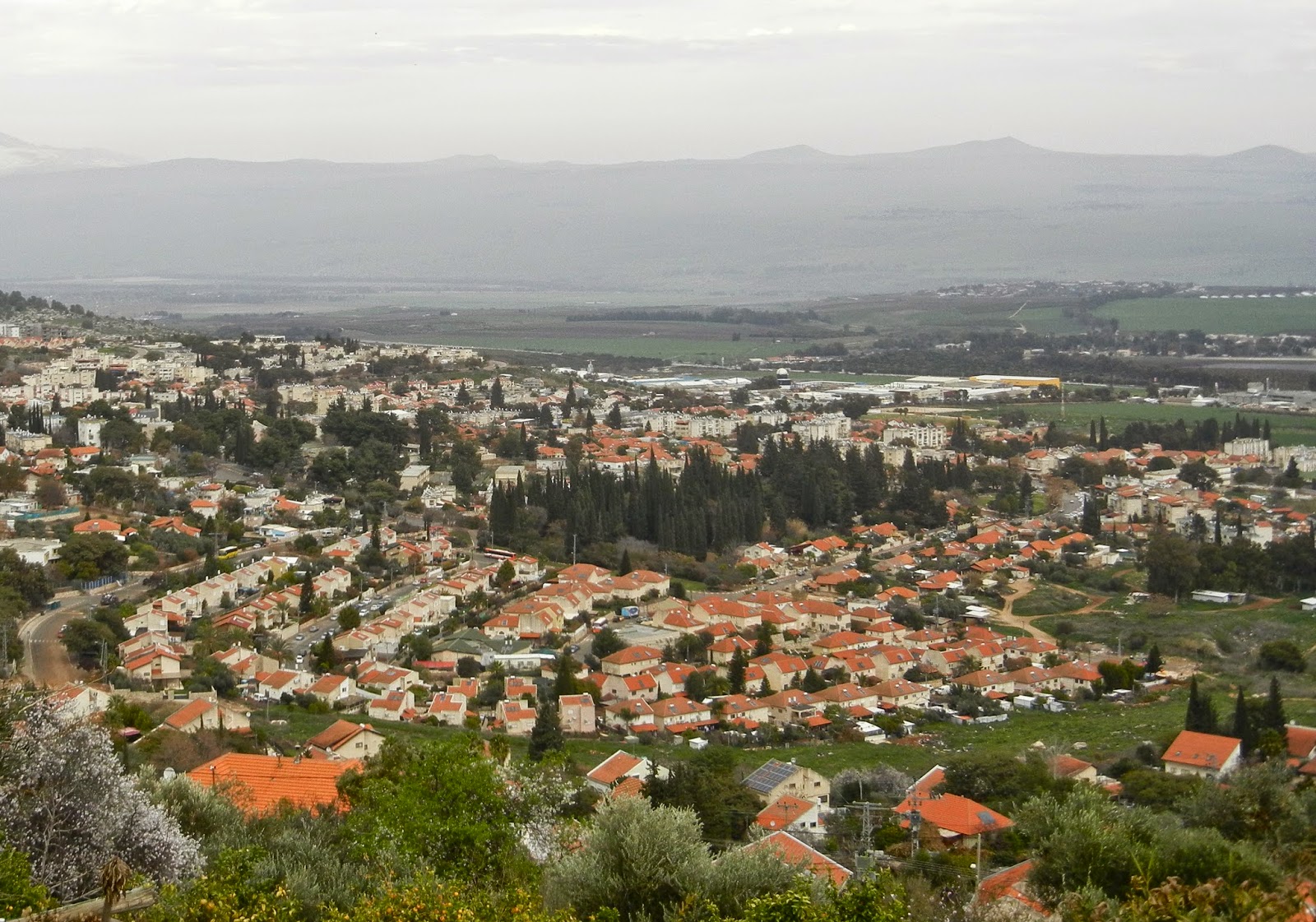 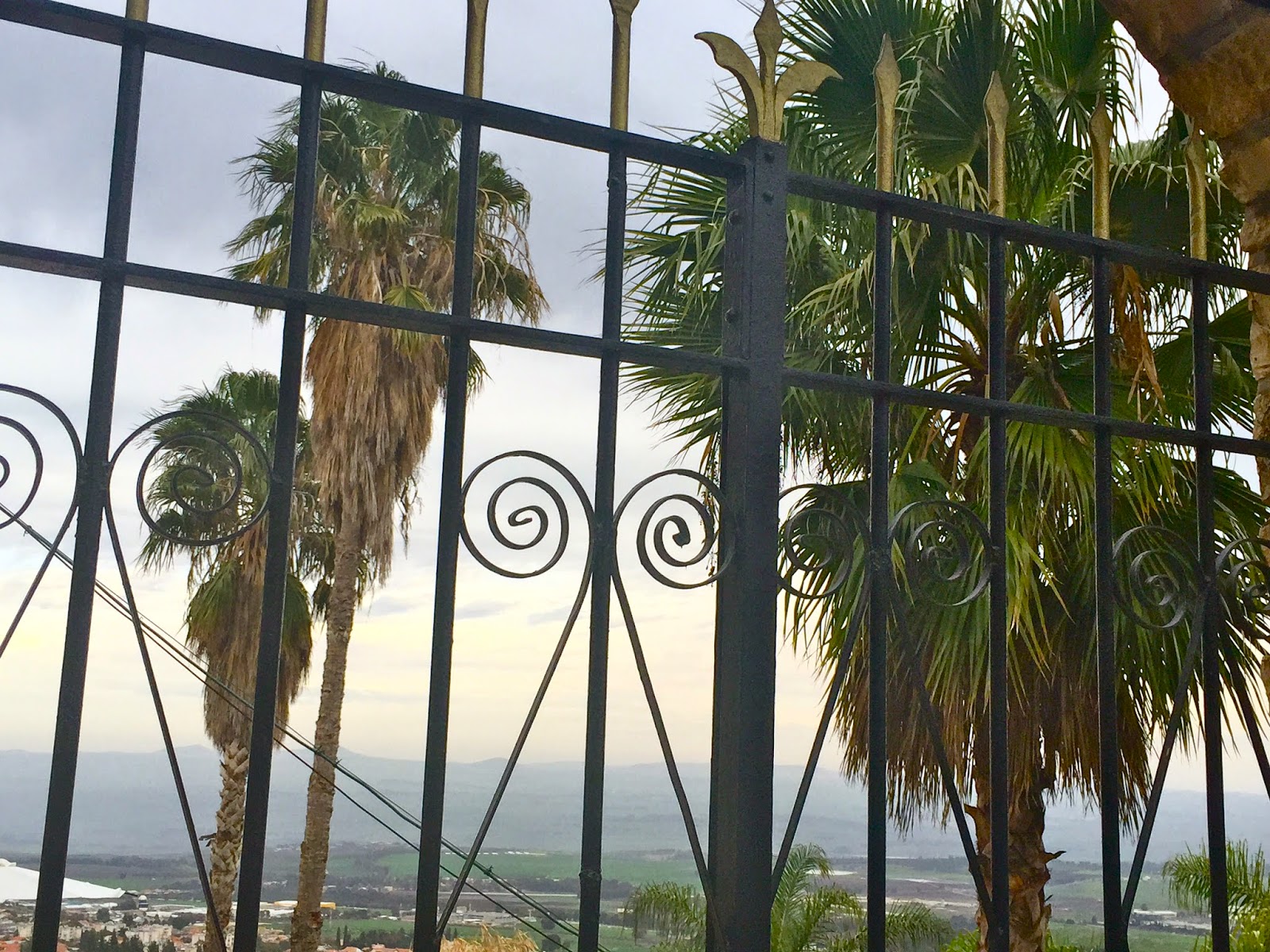 Spring has started in Israel, and the almond trees were blooming. 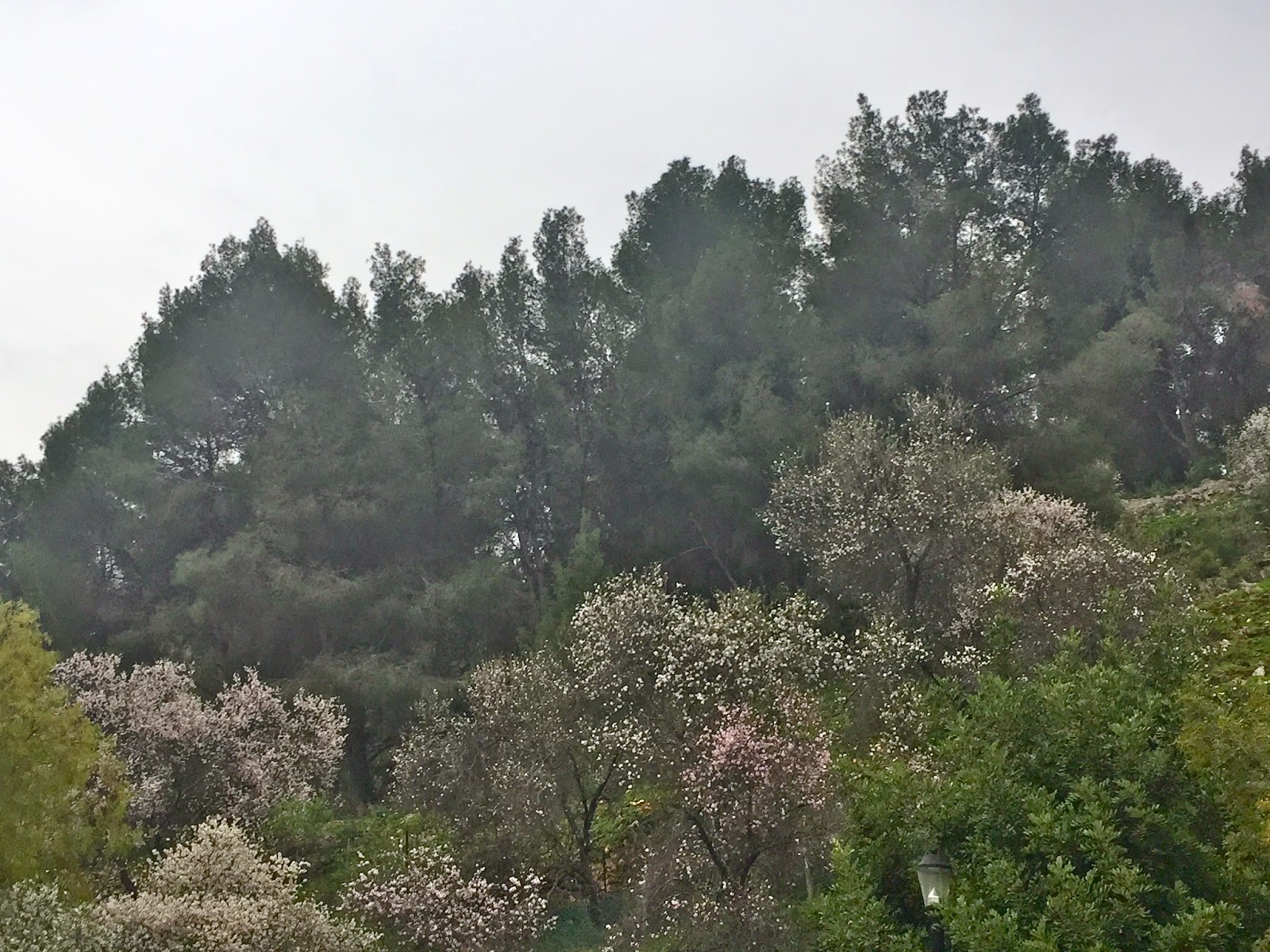 It was fun to get and see some more of Israel! I'm glad I did it even though I had homework. Worth it.