Well, I'm home! It's crazy to be back. After about 25 hours of traveling, it's very nice to be home.

Rewinding a few weeks back to when we were in the Galilee, our next big field trip was called the Upper Galilee field trip. All of the sites we went to were north of the Sea of Galilee.

The first place we went to was Hazor. We saw some ruins from the time of Solomon. There were archeological digs going on while we were there. One of the archeologists was a BYU alum, so he gave us a tour!

The next site we went to was Dan. It used to be the northern border of ancient Israel. A few times in the  Bible you see the phrase "from Dan to Beersheba," which is a term used to mean the whole nation of Israel. We went to Beersheba on our very first field trip, so I can say that I've been from Dan to Beersheba. At Dan there were ruins from the time of Abraham. That's about 2,000 B.C. They also found the remains here of the idolatrous altar built by King Jeroboam. I liked this site because it wasn't in the desert! A river ran through it, and it was very beautiful and green. That's rare for this country, guys.

Just 2 miles away was Caesarea Philippi. This was the place where Peter gave his testimony of Christ, and Jesus said "upon this rock I will build my church." I'm pretty sure this is a picture in your Bible. 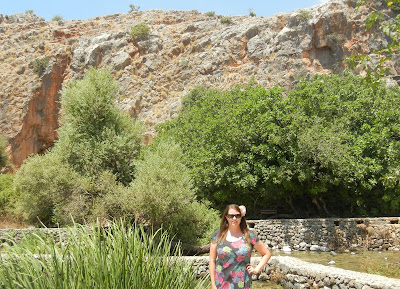 The next place we went to was one of my favorite places from this whole study abroad! Guess why? Because it was a castle! It's called Nimrod's Fortress. It was originally a Crusader castle, which is why it looks European.

Outside of the castle:

Having too much fun in the castle: 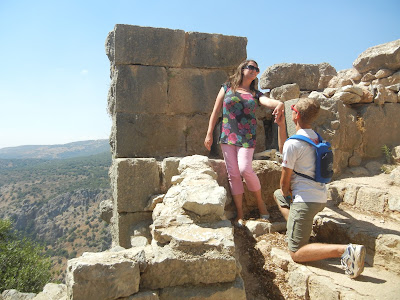 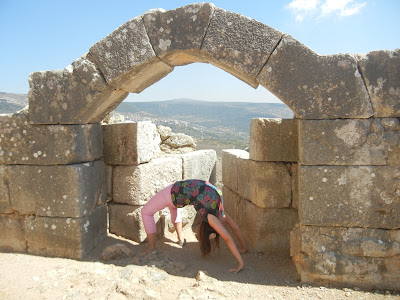 One of the coolest parts of the castle was the beautiful view! 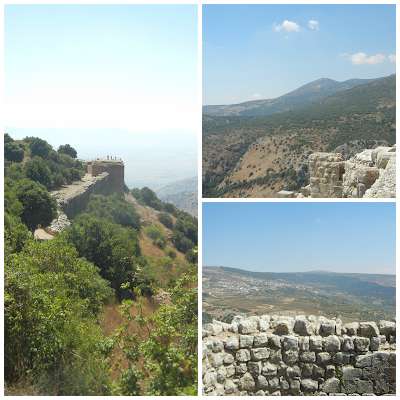 I love this green part of Israel!

Our last stop of the day was Har Bental. It's a mountain in the northern Golan Heights, and is RIGHT by Syria. This mountain actually used to be part of Syria before 1967. That was exciting. 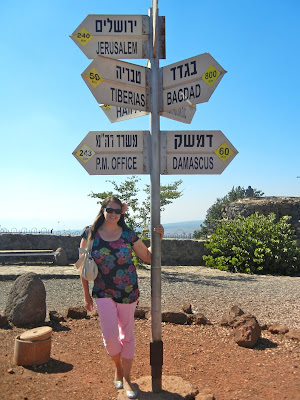 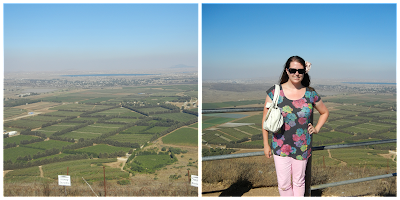 The city in the background is called Quneitra. Today it's a ghost town, and only a few U.N. workers live there. It used to be a Syrian city of about 20,000 people. Israel and Syria both accuse the other country of being the one to destroy it (my money's on Syria, although it's possible they both contributed). Syria didn't allow the residents of Quneitra to return to their houses there, because they want it to remain as "a monument to Israeli barbarism." Okay.

Very recently, there was a battle in Quneitra as part of the Syrian civil war that's going on right now.

There were lots of bunkers on Har Bental from wars between Israel and Syria. 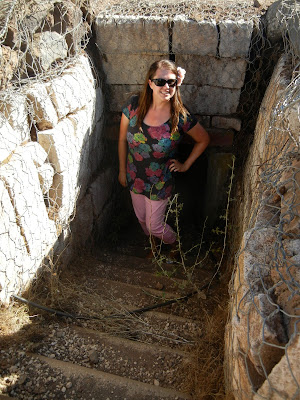 Besides talking about modern history, another reason we came to Har Bental was to see the 'road to Damascus.' Paul had his conversion experience while traveling between Israel and Damascus.