I have been to Italy several times, but this was my first time experiencing Italy through the eyes of the locals (as opposed to only being a tourist).

We spent about 2 weeks exploring Sicily using my father-in-law's hometown of Bronte* as a base. We stayed with Antonino's sisters, and balanced our time between sightseeing and spending time with family. I had the chance to meet all of the Sicilian Rubino relatives. 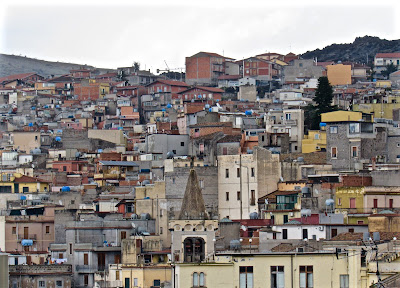 Among the cultural quirks we experienced, some are generally Italian and a lot are specifically Sicilian. I will try to recount as much as I remember about the colorful aspects of our trip.

Bronte is a small town just 10 miles from the volcano Mt. Etna. Our journey to Bronte began with 2 full days of driving from France to southern Italy, and ended with a short ferry ride from the mainland and 2 more hours of driving down impossibly narrow and twisting roads. 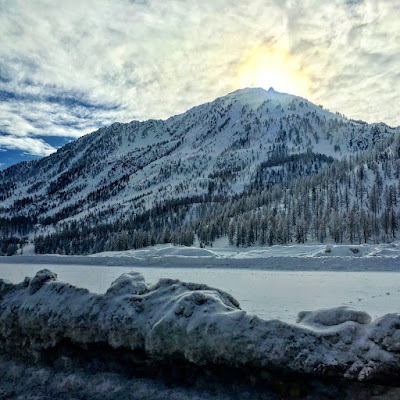 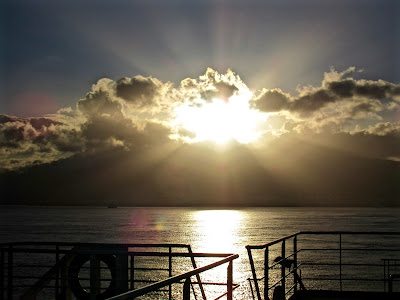 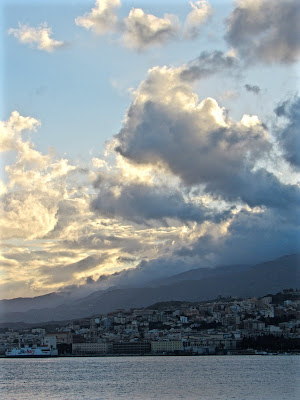 I had no idea what to expect in Sicily. I was pleasantly surprised by the beautiful mountain countryside and interesting landscapes created by lava. We drove past Etna almost everyday and it became my hobby to try to capture it from the moving car window. 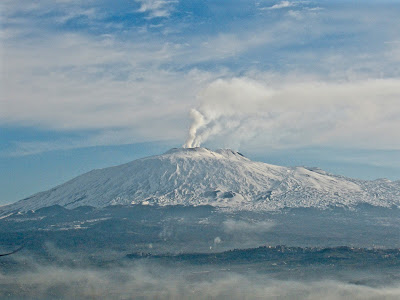 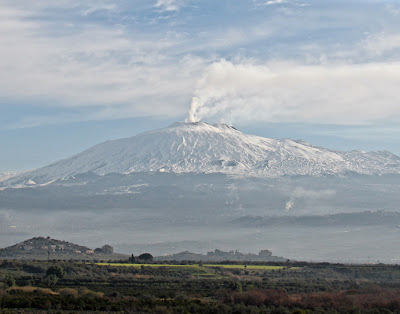 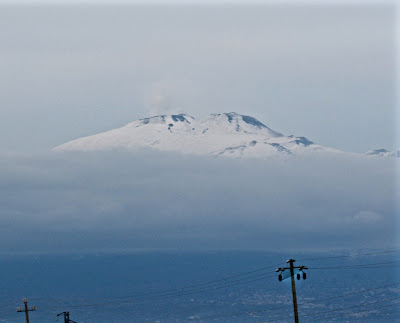 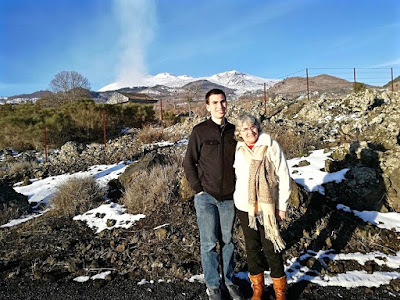 We saw some pretty countryside in the neighboring town of Randazzo. 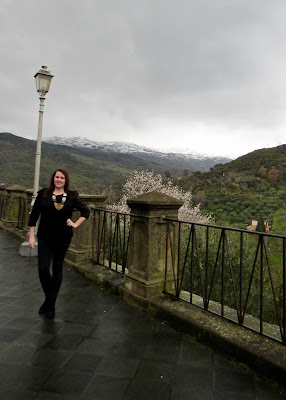 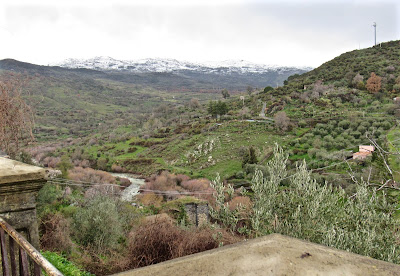 One afternoon, we visited David's uncle's orange grove. There are orange, lemon, and olive trees all over Sicily! David enjoyed fresh-squeezed orange juice every day. 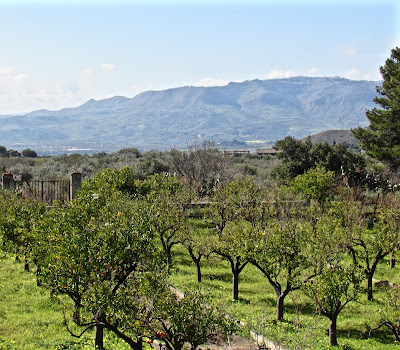 Bronte has several small and pretty churches, and they're actually used (unlike in France). Every spare inch of David's aunts' apartments are decorated with religious art. If I had a nickel for every Virgin Mary statue I saw... 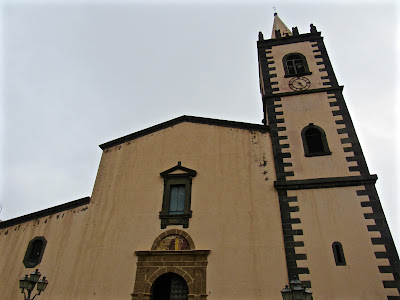 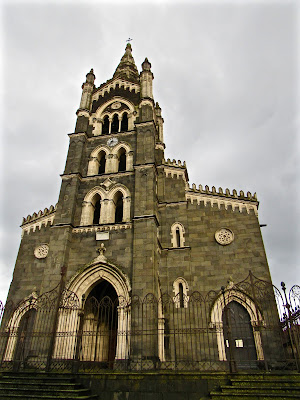 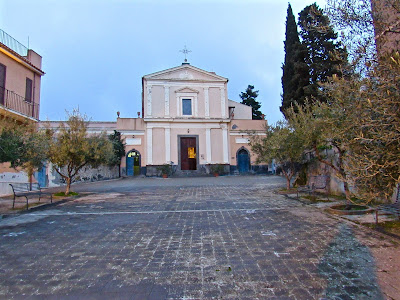 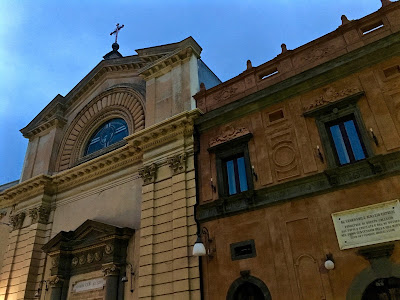 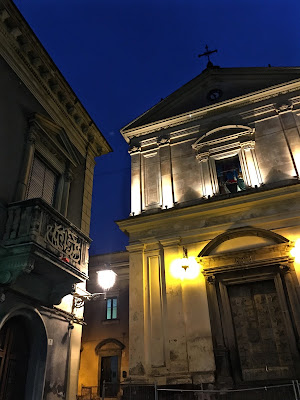 It is not a tourist town, and people looked at us funny wherever we went because they knew we were outsiders. When they heard us speaking French, several people did super obvious double takes.

People in Bronte speak both Italian and Sicilian. Among the Rubinos, they mix both languages when they speak. I could sort of tell the difference because I speak a little Italian. If I couldn't understand a word they were saying, it was Sicilian.

1. Things tend to move slowly and are not very efficient. Here's an example. We parked legally in town, but were issued a parking ticket. We showed the police officers the obvious sign that said it was legal, but they hadn't seen it. They told us to go to the town hall the next day because they couldn't do anything about it. Antonino went to the town hall, and he was given a choice of going to trial in a few weeks (impossible) or just paying the fine. So he ended up paying a fine for parking legally.

One of the funniest experiences we had was trying to find internet. There was none where we were staying. We went to a café in town with "free wifi" written prominently on the front door. When we asked about it, the waitress just shrugged and said she didn't know the password. After striking out there, we went to another café named "Internet Café." When we asked them about the internet, they said they didn't have it and acted like we were the dumb ones for asking hahaha. At least we ate some yummy cannoli at the first café.

2. People aren't very patient. Once when we stopped on the road because a train was coming, a lady pulled in front of us and squeezed into the small space between our car and the train tracks. Small instances like that happened throughout the trip and you can't help but laugh. You have to be a little crazy to drive in Sicily.

They have strict recycling laws in Italy and a lot of people aren't patient enough to carefully separate their trash. Instead, they put the trash bags in their cars and throw them out the window while driving. I guess that's one solution?

3. THE FOOD. Eating in Sicily is definitely an experience. Not only is everything delicious (especially the pasta), but you have to be prepared for a Thanksgiving feast amount of food at every meal. David's aunts hardly ever ate a bite themselves because they spent the entire time continuously cooking and trying to coerce everyone to eat more and more and more. Even David, who eats pretty huge portions, never ate enough to please them.

There are a lot of guilt trips and sad faces. One time Nunzina said she was so sad I didn't eat enough that she had to get out the wine and drown her sorrows. While lamenting about my picky eating problems, Angela told me, "It's lucky you're pretty, because you're complicated."    ...I'll take it.

Sometimes, you have to try to shield your plate because they will forcibly put more on it. We constantly heard the refrain of "Mangia! Mangia!" (Eat! Eat!). It really felt like the stereotype of an Italian mother come to life. Of course, there were lots of hand gestures and even some "Mamma Mia"s.

Despite all of the walking and sightseeing we did, I think we all gained a few pounds.

This is an entire aisle filled with different kinds of pasta.

In conclusion, Sicily is crazy beautiful and full of breathtaking scenery, lovely Italian cities and impressive Greek/Roman ruins... but the people are a little crazy too. It's part of the charm. Sometimes I felt more like I was in the Middle East than in Europe. It seems a far cry from London or Paris or even Milan.

We all loved our visit there. David and I have already planned what we want to see on our next trip someday. David isn't too proud of his French heritage, so I was happy to see him connect with his Sicilian side. I also wanted to point out that I'm pretty sure I didn't start any blood feuds while I was there (another positive).

I will write more soon about our travels in Sicily. We're making the big move to America in just 3 days!!!

*If you're wondering whether there's a relation between Bronte, Italy and the Bronte sisters- there is! Their father changed the spelling of their surname from Brunty to Brontë. Apparently he made the change to be associated with Admiral Nelson ( British naval hero during the Napoleonic Wars who was the Duke of Bronte- yes, the Duke of the same small town in Sicily we just visited). He wanted their last name to sound more upper class.
Posted by Marissa