You're crazy, but I love you.

This year marks my third consecutive Thanksgiving not in America. While it's annoying on the actual day not getting to celebrate (I spent today going to class!), I'm so thankful for the opportunities I've had to travel these last few years. I've never been happier. (And I can still get some pumpkin pie over Christmas, which is the most important part).

I was lucky to get to spend the last 3 days in my second favorite city in the world (Paris wins, obviously). My program had a seminar at Jerusalem's Holocaust museum Yad Vashem. I listened to some great lectures and snuck out a few times for some sightseeing and shopping.

On Monday I popped into the Old City for a little Christmas present shopping and snapped these pictures on the way out. 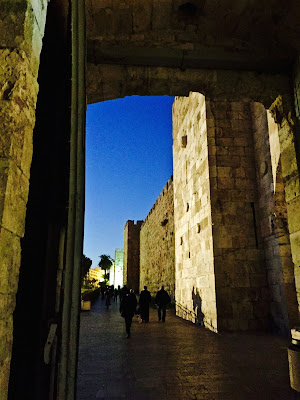 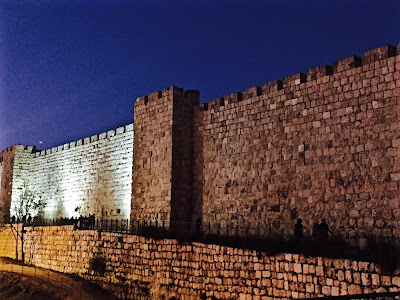 On Tuesday, I was unsuccessful at trying to find somewhere I've been before. However, I did end up accidentally walking through a cave (I know... how does someone accidentally do that, right?).

This is Warren's Shaft, which is part of a tunnel system built during  King Hezekiah's time (we're talking 8th century B.C.) in order to have a water supply during a siege by the Assyrians. I opted NOT to walk through the section where you "get to" wade through 3 ft of water, and went through the dry part. 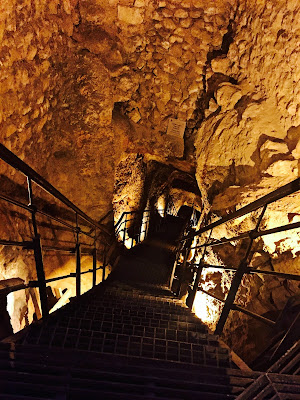 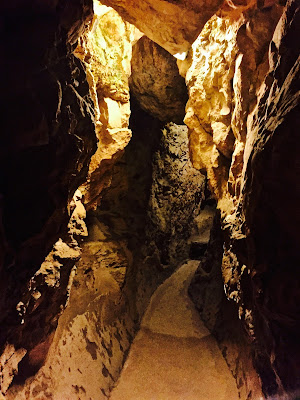 Please never go there if you are claustrophobic. You will die.

So that was a super weird thing to do alone, and that's not the place I was trying to find, but oh well. It was adventurous. I walked through the Old City again on my way out (I promise it was safe, parents!). 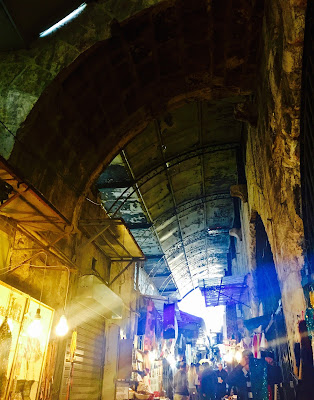 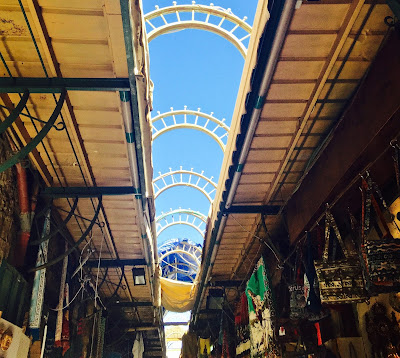 There has been some recent unrest in Israel, but lately the incidents have mostly been in the West Bank. Last month some things (stabbings) were going down in Jerusalem, and I definitely noticed a lot more security presence than normal. However, other than that life was going on like always.

Some Jerusalemites preferred to take their safety into their own hands. 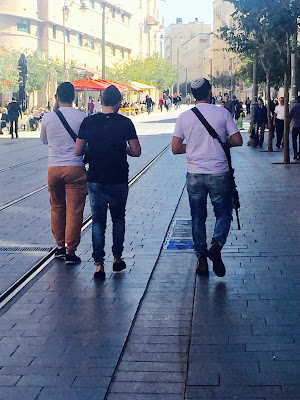 Just a couple of civilians on a stroll with some huge guns. Nbd. I've gotten pretty used to seeing soldiers everywhere with guns like this, but this was new.

Anyways, after attending some more things at Yad Vashem I went with one of my professors from last year (who lives in Jerusalem) and some other students on a tour he offered to take us on of the food market Mahane Yehuda.

It's a colorful place with all kinds of different people and most of them shouting at you to buy things. 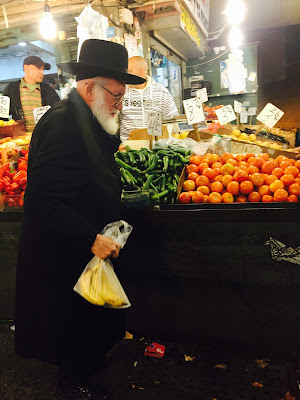 Lots of people I know love these Israeli gummy candies, but I can't get past the lack of sanitation. It's outside and there are no covers and no scoopers. Plus it's not chocolate, so who really cares. 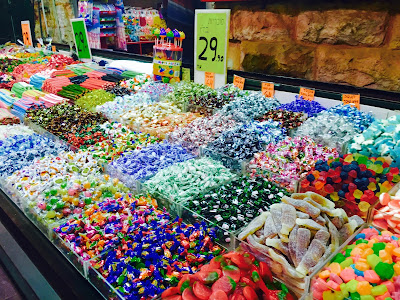 By the way, on the fun subject of stabbings... just the day before something went down at this market. Two teenage girls attempted to attack people with scissors. Thankfully, no one was killed (besides one of the girls..still sad).

Oh, and I forgot! On my way to Yad Vashem earlier in the day I had a super weird conversation with an ultra-orthodox Jew who kept trying to talk to me ("I like your skirt. You're not a Jew. That's okay. I like Jesus.")... and then he tried to hug and possibly kiss me. Nothing happened, but ew. The creeper warnings went off immediately. At least in Israel there is usually a security guard with a machine gun within 50 yds. Seriously. There was in this case.

Ok, I'm 100% failing at not making Israel seem like an insane asylum. It's really not. That was a weird situation, but that's the first time something like that happened to me in Israel. It was creepier in Europe.

ANYWAYS. On Wednesday I got to have a nice history nerd moment. Gerhard Weinberg, who the head historian of Yad Vashem introduced as the world's foremost WWII historian, spoke about a really interesting subject- the pope's involvement (or lack of) in the Holocaust. I've read several of this guy's books, and the subject was fascinating. My favorite fact I learned was that when the Allied troops were about to occupy Rome, the pope requested that no black soldiers be allowed in Rome. The Allies answered with a big 'no.' The Holocaust and the pope's situation was complicated, but that anecdote gives a little insight into his character, unfortunately...

Later that afternoon I snuck out for one last sightseeing moment. I wanted to see something new, which is hard because I've spent so much time in Jerusalem. I decided to go to Ein Kerem, which is only about a 5 minute drive from Yad Vashem.

Ein Kerem is a neighborhood in the Jerusalem hills that is close to the city but still looks like a little village. Christian tradition says it was where John the Baptist was from. Of course, like everywhere in the Holy Land there are churches to commemorate every tiny event in the Bible.

This one is supposed to be where John the Baptist was born. 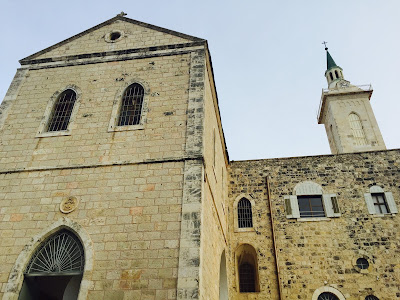 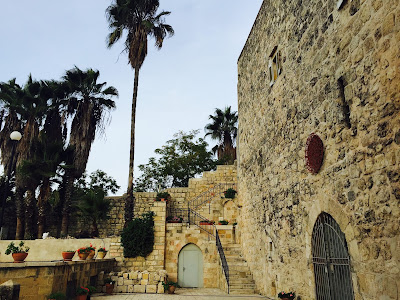 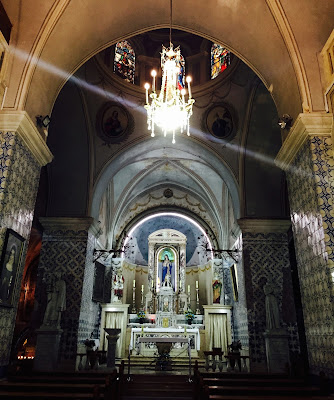 Annnnnnnnnd drumroll please. You can even see the exact location where he was born ;) 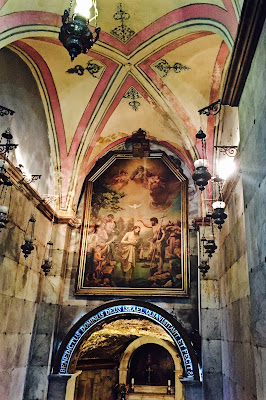 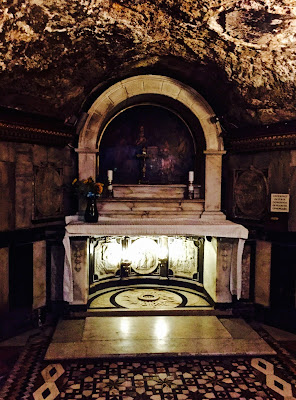 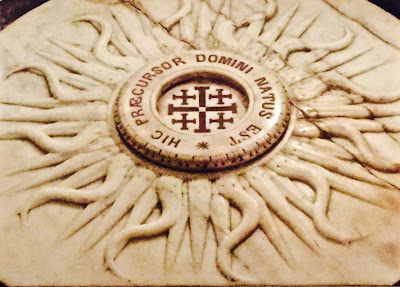 From the outside of this church, I could see where the others were. But unfortunately I basically had to climb a mountain to get to them. 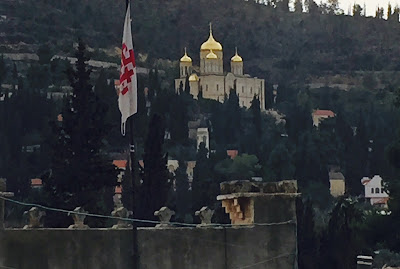 Here's a glimpse of what the little village houses looked like. 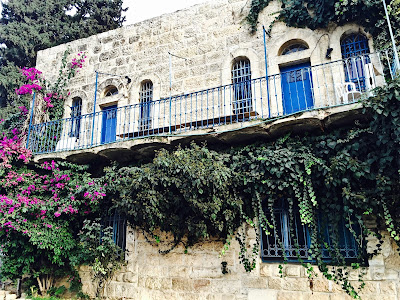 The nature was gorgeous here- this place is worth the trip just for that. 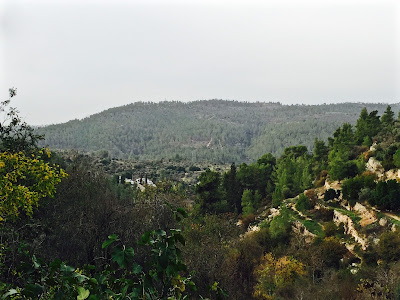 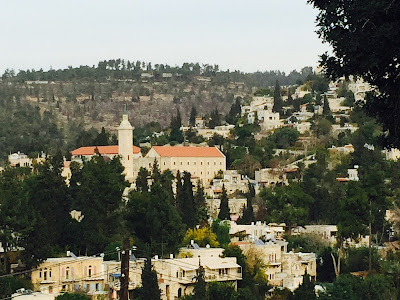 The church is the distance in the one I'd just came from. The Greek Orthodox one with the gold domes (a few pictures ago) wasn't open, but I went to the Church of the Visitation, which is supposed to be where Mary met up with Elizabeth when they were both pregnant. 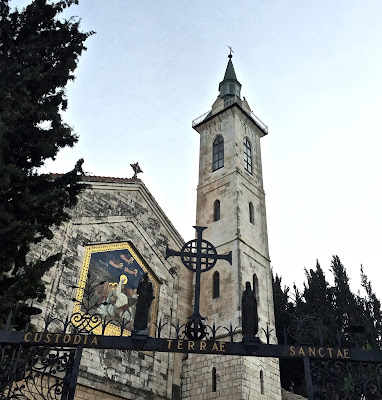 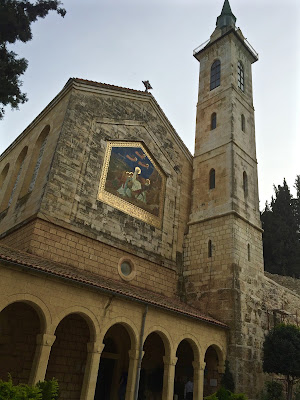 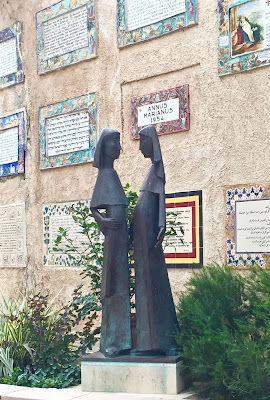 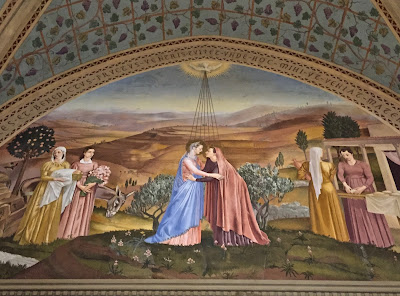 They even have the well where it all went down (according to the Catholics). 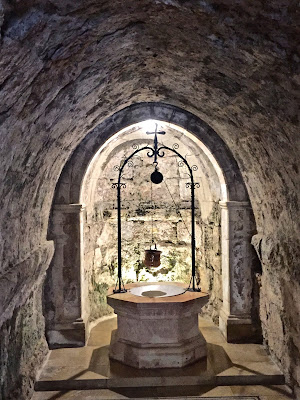 That was the last of my wanderings before heading back to Haifa yesterday. Thankfully, I don't have long to wait before I can skip class again and go on my next trip. I head to France on Monday!