My fascination with Paris goes back to loving the Madeline books when I was 3. Pretty much since then, I've always wanted to live- or at least visit- there. Lucky for me, I've been able to live this dream!

Starting in 2005 when I was 16, I've managed to make SEVEN trips to the most beautiful city in the world, including living there for a few months during my 2010 study abroad.

I was so so sad to hear about the attacks last Friday. Of course, people all over the world that have no connection to France or Paris were sad. Usually I'm pretty jaded about the news (a consequence of studying the Holocaust all the time? probably). Horrible things happen every day. The day before the Paris attacks, 40 people were blown up by suicide bombers in Beirut, just 75 miles away from where I live. So what was so different about Paris?

For me, it was the fact that I've walked those streets. I know those neighborhoods. I know their language. I've met some of the people. If you add up all of my French adventures, I've spent a whole year of my life in France. I've done a lot of other traveling too, but nowhere I've been has in my mind held a candle to Paris. It's just my style.

So... in honor of the lovely Paris, I've done a little looking back at my past trips. And by the way, no way will terrorists ruin my desire to go back as soon as I can. I am actually going to France in 2 weeks (!!!!!), but I'll be in the south.

My first trip was way back in 2005 when I looked awkward, had braces, and none of us Houdeks had any clue how to travel internationally. It was our first attempt! After a few days in London, we arrived in Paris and did all of the most stereotypical tourist things. I instantly felt more at home in Paris than in London, despite the fact that I couldn't understand anything they were saying. I'd been studying French for 2 years at that point, but real French people spoke way too fast for me. I did have one moment of triumph when I ordered a croissant en français and the person actually understood my awful accent. 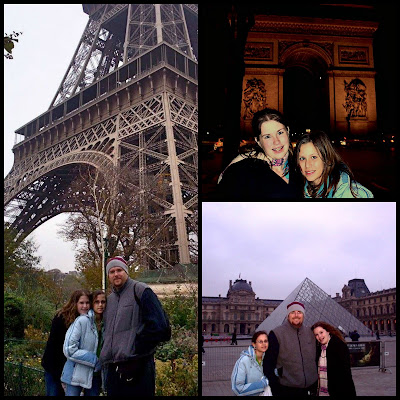 (My mom was there too! But of course she was always the photographer and not in the pictures).

In the summer of 2007, I went to France without my family as sort of a graduation present. The Porcher family hosted me and took me on a wonderful trip. We spent most of our time at the French Riviera, but we did spend 2 days doing Paris and Versailles first. Unfortunately, our sightseeing time was cut short when we found out that someone else (who had the same suitcase) had taken mine by mistake. We had to drive across Paris to retrieve mine, but it worked out in the end! With the time we did have, we saw the Opera House (of Phantom of the Opera fame) and the Galeries Lafayette, the only mall I've been to where the building itself is a historic work of art. 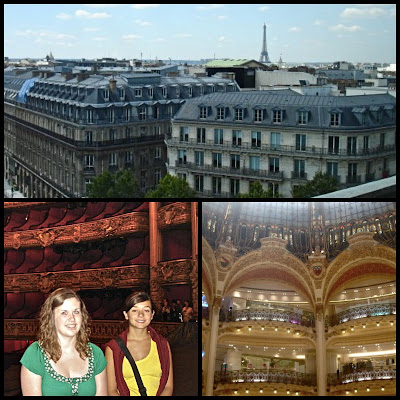 3 LONG years later (in my mind), I set foot in Paris again in April of 2010. This time I didn't only have a few days there, I had months! This study abroad was hands down the best part of my BYU education. We had a few hours of class studying French in the morning, followed by the rest of the day free to explore Paris at our leisure. This time, we didn't just do the typical tourist things (although we did those too). We also got to see little-known neighborhoods and smaller museums, castles, and churches. By the end of the trip I totally knew my way around and could successfully use the metro to get just about anywhere. My French improved a ton as well. After the practice I got living with a host family and studying, I could actually eventually communicate with French people for the first time. 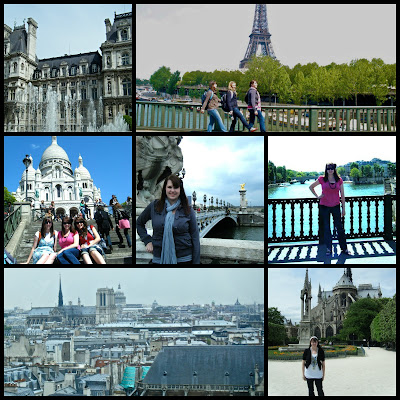 Again, it was 3 LONG years (I know, so dramatic) before I had the chance to go back to Paris. This time, it was even harder to wait that long. After my study abroad I used to dream about Paris all the time, and then be very sad to wake up in Provo. Anyways... in September of 2013, I moved to France to do an English teaching internship. Before heading to Strasbourg, me and my mom (who came along to help me get settled in) spent about 5 days in Paris. I must say that this wasn't my very favorite trip, because I was kind of a ball of stress about actually moving to a foreign country and figuring everything out. However, we did still have a few good days and it was fun to show my mom some of my favorite places. I <3 being a tour guide for people. If you're ever in need of a Paris tour guide, s'il te plaît hire me. 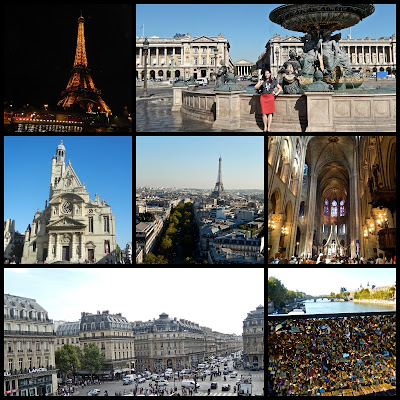 A few months later in December (a much more appropriate waiting time between Paris trips), it was Jenna's turn to have the official Marissa tour. She met up with me in France after her Italy study abroad. We spent a day in Paris together, and then I stayed for a few more days on my own. This trip renewed my love affair with Paris (not that it ever fully went away) because everything was perfect and beautifully decorated for Christmas, and I was just loving life living in Europe. 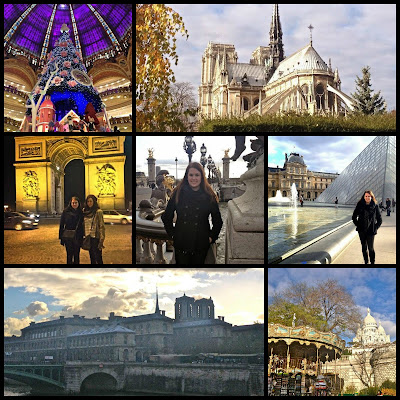 On my very last day in France at the end of my internship (April 2014), I got to spend a day in Paris before going back to the U.S. And guess who met up with me there- David! Do you know how fun it is to tell someone that you'd been on a few dates with "Meet me in Paris." Let me tell you- it's really fun. What made it even more fun is that he (an actual French person) had never been sightseeing there. Which made me (l'Américaine) the official tour guide once again. We didn't have a ton of time, so we basically walked around the main picturesque, touristy parts of the city. It was a fitting last day to my amazing year living in France. 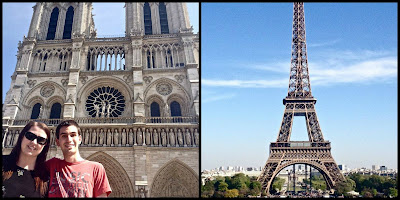 Fortunately, Israel is not very far from Europe compared to the U.S ($100 flights v. $1000. I could get used to that). After a short trip to France last November (but not to Paris), I got to go for a longer time last February. After stops in Switzerland, David's home town, and Alsace, we spent our last 4 days in Paris. On this trip, we had time to see and do a lot more. It was definitely one of the best vacations of my life! 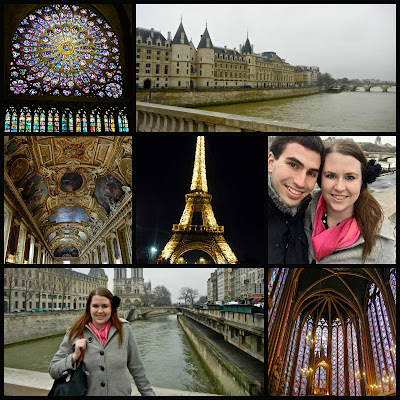 Now it's been 8 months since I've been in France. I'm itching to go back, and thankfully I don't have long to wait. If you've never been to Paris, proceed with caution. It is clearly addictive.

Paris isn't perfect. It can be rainy (I like to think of it as Paris being moody). Sometimes gypsies follow you around and try to get you to sign fake petitions as a pickpocketing ruse (and they can spot the Americans haha). Parisians can be prickly, especially if you don't speak French or know anything about their culture. It's not the most friendly and accessible city. However, I've also met some very kind people there. In my opinion, Paris' imperfections are more than worth it. I've never been somewhere as beautiful. The architecture, history, culture, and shopping (not to mention the pastries) are wonderful. It's worth it. It has lived up to 3 year old Marissa's dreams.

I'm still thinking of you, Paris! Tu me manques <3