Here’s some random sites I’ve seen in the past week.

We walk past the walls surrounding the Old City almost every day, so I’ve never thought to take a picture of this gate before! Damascus Gate is where we usually enter the Old City. 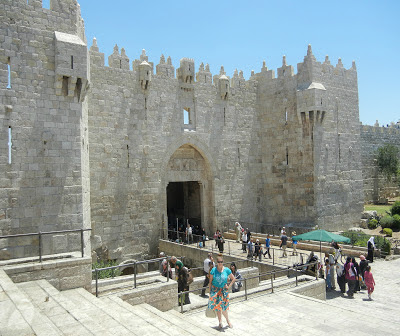 If you know where to go, you can head up this little staircase and walk across the rooftops of houses in the Old City. It gives you some interesting views, and it’s just fun to walk on people’s roofs! 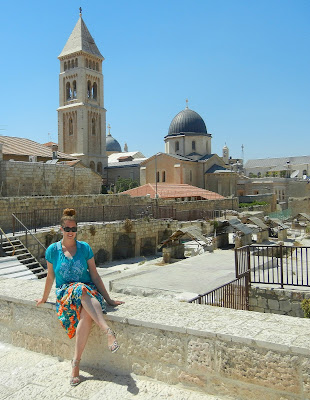 The small dome in the background is the Church of the Holy Sepulchre. And please note that my legs are the same color as the limestone.

The Pool of Bethesda was a place in Jesus’ time where people believed the water had healing powers. It was the place where Jesus healed a bedridden man who couldn’t make it to the water. Until this site was discovered by archeologists in the 19th century, no place in Jerusalem matched John’s description of the Pool of Bethesda.

(my picture was blurry, so I stole this one from the internet) 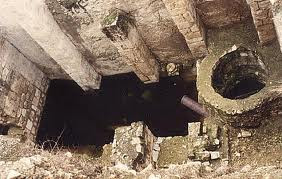 Right next to the pool are ruins of a Byzantine church. 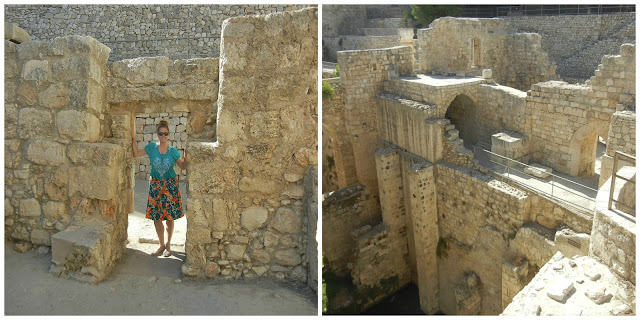 This church is also right next door to the Pool of Bethesda. It was built on the site where the Crusaders believed Anne (Mary’s mother) was born. The land that the church was built on was given as a gift to the French government from the Ottomans (who were ruling Jerusalem) in 1856. 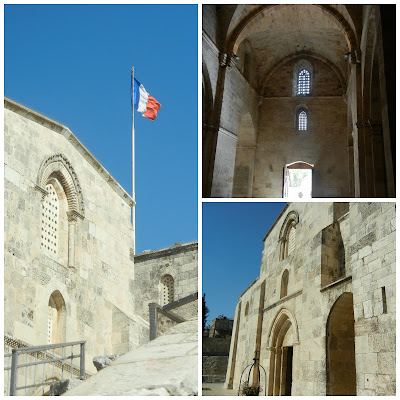 I loved seeing the French flag, and reading all of the signs in French!

On a different day, we stopped at this church (yes, believe it or not...there are a lot of churches in the Holy Land). Gallicantu is Latin for “cock’s crow.” And so I’m guessing that people believe that this was one of the the exact spots where Peter denied Jesus. The church is believed to be built on the spot where Caiaphas’ palace was.

Watch out, I'm getting fancy with picture collages.

This church is owned by French monks, so I got to read some French again on the mosaics in the church. I have to get some practice in before moving to France next year :)

I got this picture of the Jerusalem Center (the building with the white arches) while walking back. It’s a little discouraging sometimes to see how far away it is. That is a big hill, especially when it’s hot outside. 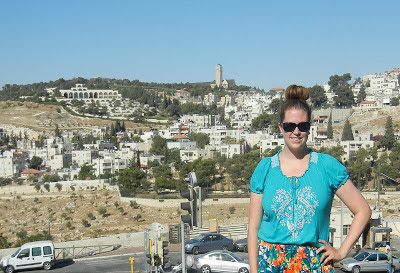 Lots of little Palestinian kids like to say hi to us as we’re walking home. There’s this one little girl who insists on posing for pictures with us every time we see her. She's a cutie. 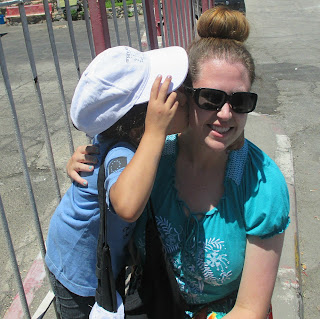