Every year on Easter, I can't help but think about Jerusalem. It has now been two years since I've stepped foot in Israel, and almost five since I arrived there for the first time. 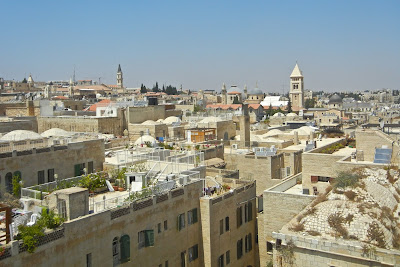 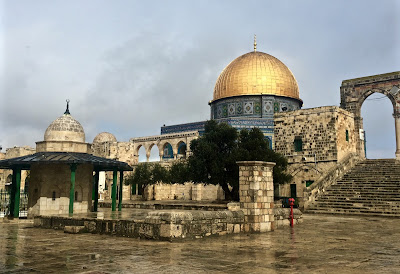 There are two different places that Christians venerate as being the possible locations of Christ's crucifixion and resurrection.

This is not uncommon. There are holy sites all over the Holy Land. For almost every event in the Bible, there is one (or 2, or 3, or more) sites that commemorate the event. Often, various Christian denominations build their own churches to worship in and have different traditions about what happened where.

I have been lucky enough to visit both the Church of the Holy Sepulchre and the Garden Tomb several times. I have never written an in-depth comparison of the two places and what it's like to visit them. I decided to do it now, before I start to forget the details!

During the time of Jesus, the area where the Church of the Holy Sepulchre now stands was an abandoned stone quarry and cemetery outside the city walls of Jerusalem. In the 4th century, the emperor Constantine's mother Helena identified this place as the location of Christ's crucifixion, burial, and resurrection.

Today this site is venerated by Roman Catholics, Eastern Orthodox Christians, and several other sects. It is now inside the city walls and is the heart of the Christian Quarter in the Old City.

A tomb believed to be Christ's was found buried underneath the Roman temple of Venus when it was demolished. Golgotha, the "place of the skull," was thought to be in the nearby stone quarry. The first Church of the Holy Sepulchre was built to include both Golgotha and the tomb in 326-335 AD. The church was destroyed in 614 and again in 1009 by invaders, but rebuilt both times.


The church that stands today dates from the Crusader era. Some of the columns inside are still from Constantine's original church.

The tomb is in the center under the main dome. To go inside, you stand in a long line of pilgrims. A monk with a pointy waist-length beard is in charge of traffic control and lets in a few people at a time. 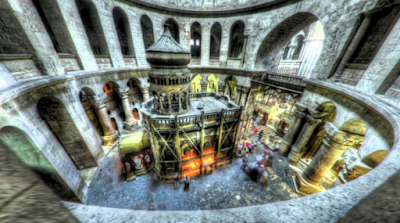 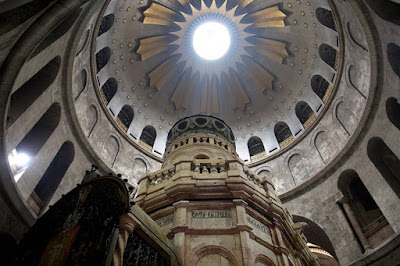 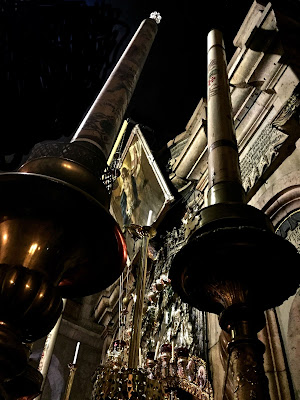 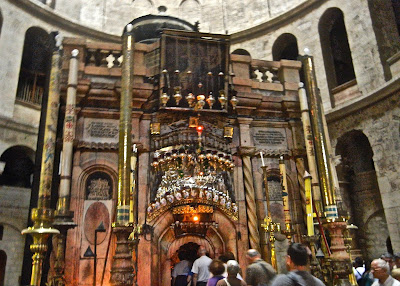 Visiting this church is unlike any other I've ever visited. It is dark inside. It is a huge space. Some parts are very beautiful, and others are in desperate need of restoration.

There are people who save money for their entire lives to be able to visit this place. I've seen people fall on their knees and sob as they touch the Stone of Anointing (believed to be where Jesus' body was anointed for burial), or as they take their turn to step inside the small tomb. 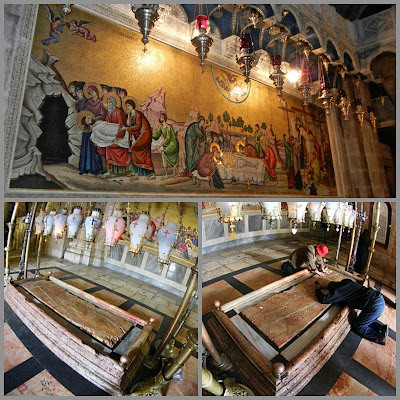 There are so many nooks and crannies. One hidden corner holds remains of other 1st century tombs uncovered by archeologists. There are candles, lamps, and incense. There are forgotten paintings covered in soot from those candles. Thousands of crosses have been carved into the walls by pilgrims over the centuries. 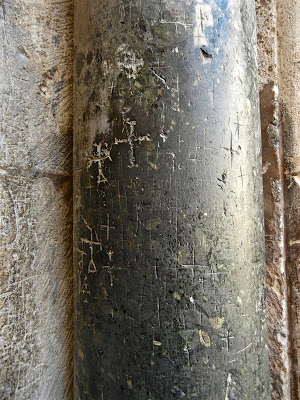 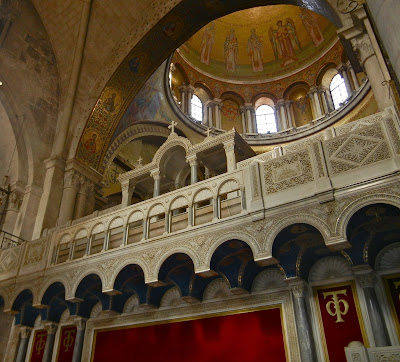 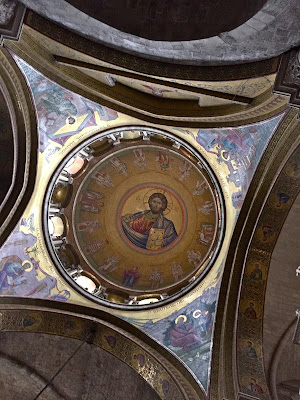 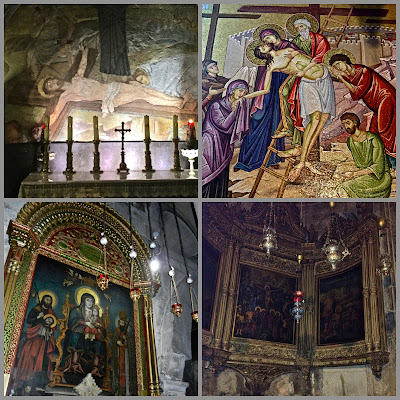 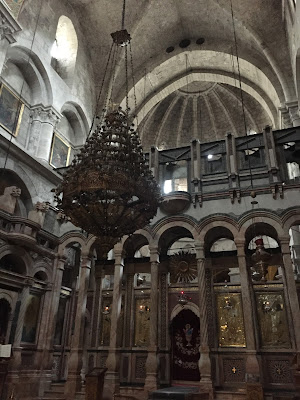 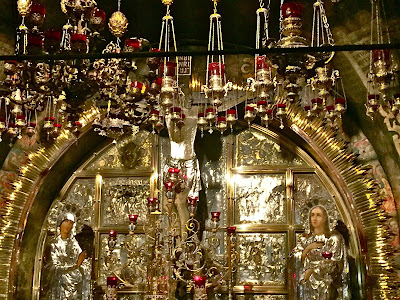 It really is a fascinating place, and it's definitely one of my favorites in Jerusalem.

A lot of Protestants and Mormons feel uncomfortable there because it's so different from what they're used to, and it's not what they picture when they think of the resurrection.

Many visitors prefer the Garden Tomb, which is another possible location of that event.

The Garden Tomb is about one block away from the Old City, north of Damascus Gate. The history of this place is quite a few centuries shorter than that of the Church of the Holy Sepulchre. In 1883, the British general Charles Gordon noticed a rocky hill with the shape of a skull near an ancient tomb. He was the first to popularize the idea that this could be an alternative location. 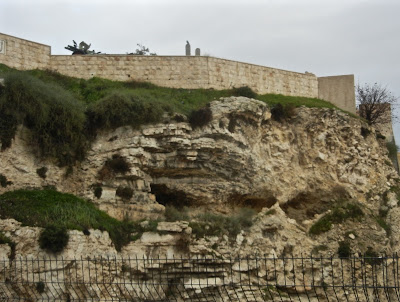 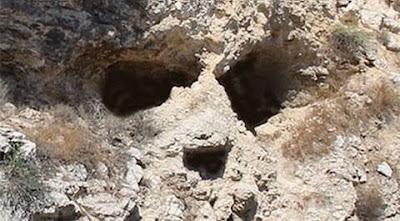 A British organization runs this site, and they maintain a beautiful garden surrounding the tomb. It is among the greenest and most peaceful places in Jerusalem. It's actually right next to the main Arab bus station, but it still manages to be a quiet oasis in the busy city. 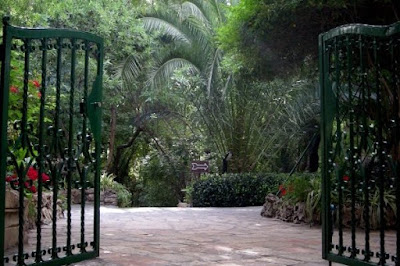 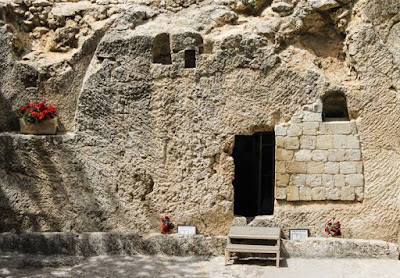 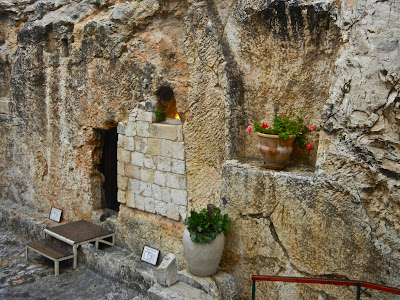 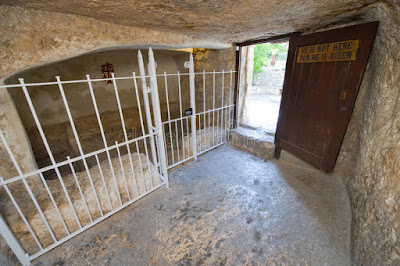 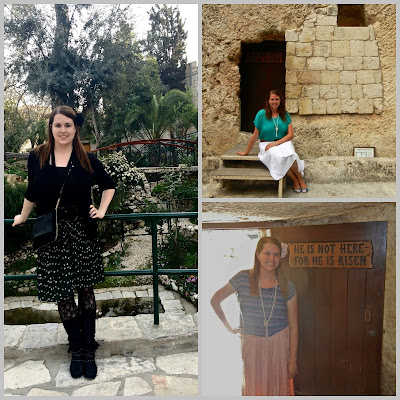 Unfortunately, the archeological evidence that either place could actually be Jesus' tomb is pretty weak.

If you're curious to know more about the particularities, you can read this article written by one of my former BYU professors. He knows just a tad more about archeology than I do. He seems to think that the Garden Tomb's Golgotha is possible or even likely to be the real location, but that it's pretty impossible for either of the tombs to be genuine.

That doesn't mean they're not worthwhile places to visit! I enjoyed coming back again and again to both of them. I slightly prefer visiting the Church of the Holy Sepulchre- mostly because I love old churches filled with history. I feel like every time I go there, I discover something new.

Even if you can't know the exact location of that miraculous event from over 2000 years ago- if you're in Jerusalem, you know it happened somewhere nearby. In my book, that makes the whole city pretty special.

Related:
Jesus in Jerusalem
Why I loved living in Israel