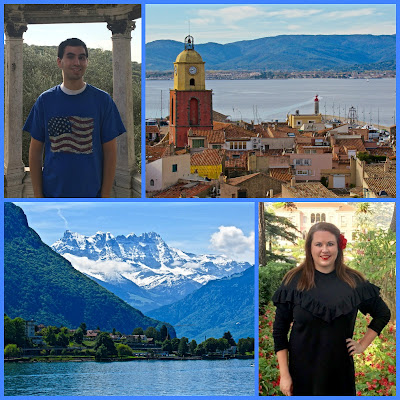 January
I rang in the New Year without my husband of 3 months. My visa was up on December 30th, so home I went in order to get my long-term visa from the French consulate in Chicago. There was a slight delay with the paperwork (of course), so I ended up staying for the whole month.

I mostly occupied myself by playing with Buttercup. 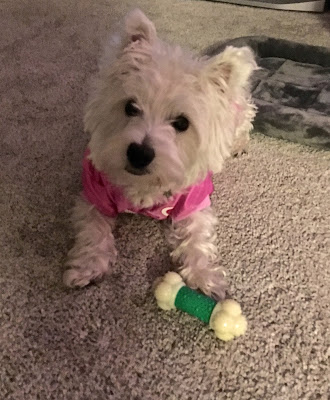 February
We spent a weekend in the medieval town of Uzès and visited the nearby Pont du Gard and Roman ruins in Nîmes. 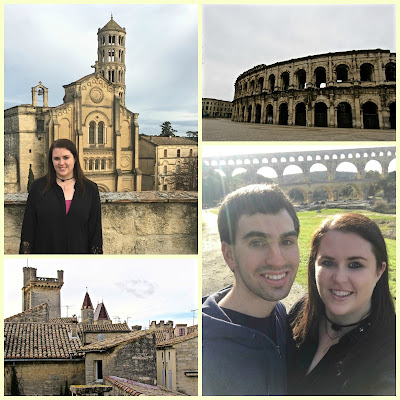 I met my cousin Brittany a few weeks later in Paris. After getting our fill of my favorite city, we met up with David to drive to Milan. The incredible Duomo di Milano is now checked off my bucket list. 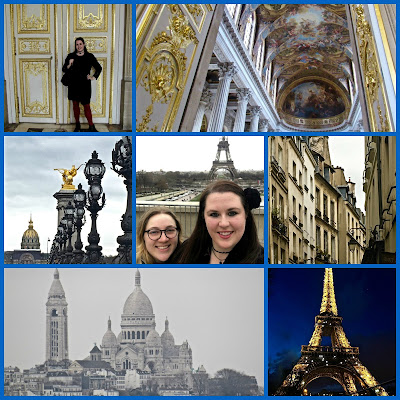 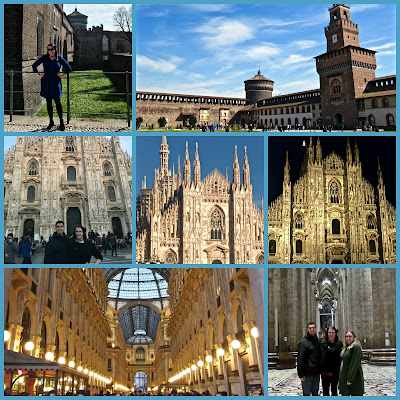 After dropping Brittany off at the airport, I stopped by the adorable town of Bruges, Belgium. 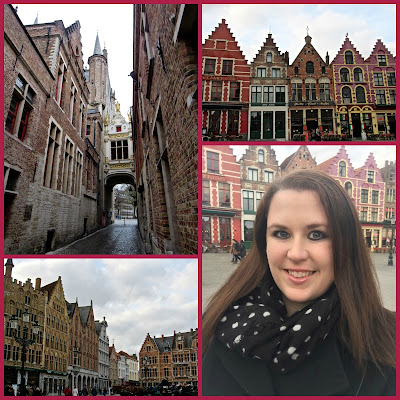 March
We didn't wait long before going back to la bella Italia. Early in March we drove a few hours south to Genoa. We toured a pretty palace and a cathedral (or two) and ate as much pasta and pizza as possible. On the way home, we stopped in beautiful Portofino. 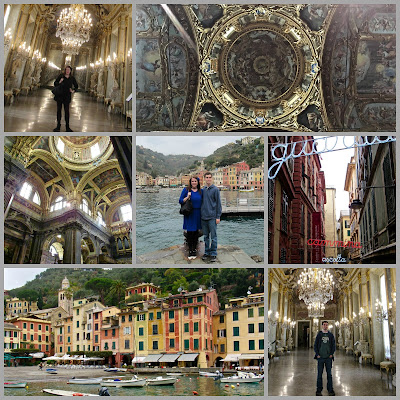 The biggest event in March was moving into our own apartment! We moved from Mandelieu to Cannes (only about 10 minutes away). It was bittersweet to say goodbye to our sea view balcony and living rent-free, but it was such a relief to have our own place and more privacy.


April
The first week of April was one of our most memorable this year. We made it back to a city we both love- London! We visited Cambridge and the Tower of London, and cruised down the Thames. David loved the Bach concert we went to, and I died of happiness to see Harry Potter and the Cursed Child. 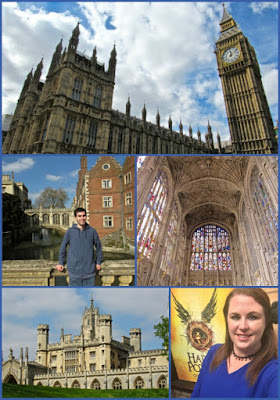 We spent a relaxing Easter weekend with David's family and had the chance to explore the Château de Vizille in some lovely spring weather. 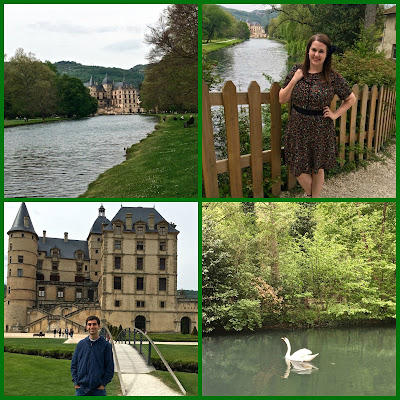 May
This was our craziest month! There are a lot of national holidays/days off in May, so we were able to travel more.

Our first trip was to Carcassonne (a medieval fortress) and Albi (a unique and beautiful town). 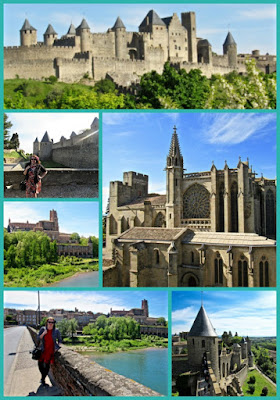 The next week we flew to Paris. We stayed in Versailles and spent 2 days visiting the palace. On our last day, we went to the Paris temple open house and had a few hours to walk around the city before flying home. 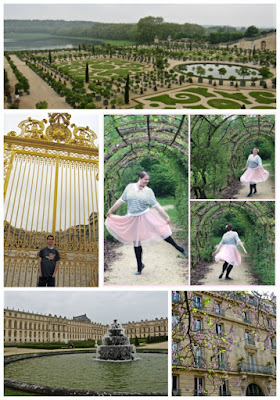 One week later, we were in Geneva and had a big family reunion! David's aunt and uncle (who live near Switzerland) hosted a wedding open house for us. My whole family came over, and it was great to be reunited. We all did some sightseeing around Switzerland, and I turned 28! 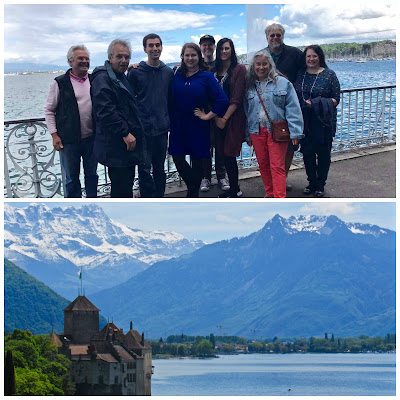 After showing my family around where we live for a few days, we road tripped to Italy. First on the agenda were Florence and Siena. Going to Venice was another bucket list goal of mine. I was blown away and it might be my favorite place I've ever been. One last important event- David turned 25 in Venice.

June
June was much more relaxed! It was warm enough to really start enjoying the beach. 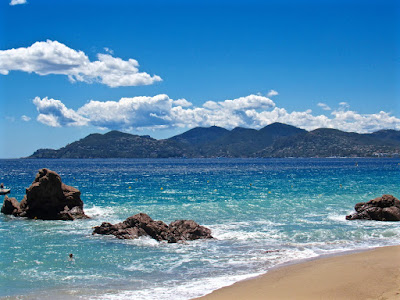 The only sightseeing we did was stopping in a few cute villages around Cannes and Gap. 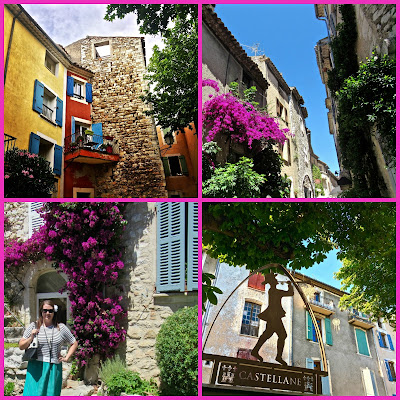 July
July was also all about the beach. The water felt great but I really started to suffer in our apartment with no air-conditioning. My fan followed me from room to room.

I went to Marseille this month to complete my French immigration process. 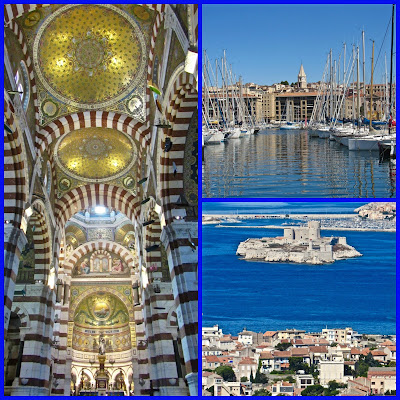 I was happy to visit Gap again where it wasn't so hot up in the mountains. On our way home we made a detour through Valensole to see lavender fields (we were too late), but were pleasantly surprised by sunflower fields instead. 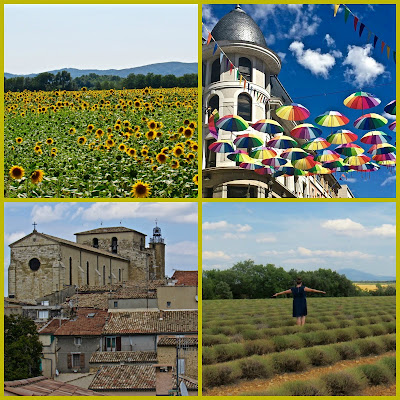 August
In early August, we spent a weekend in Provence to see a concert at the Roman theater in Orange. Despite the 105 degree weather, we managed to visit Les Baux-de-Provence and Châteauneuf-du-Pape along the way. 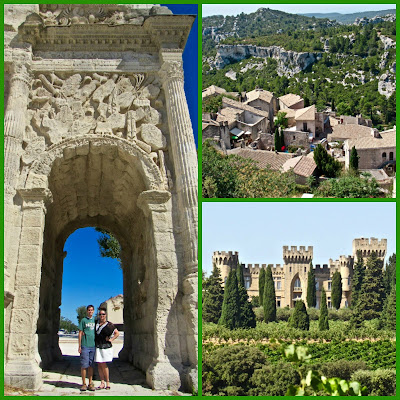 The next day, I was happy to finally see my lavender in Sault and at the Abbaye de Sénaque. 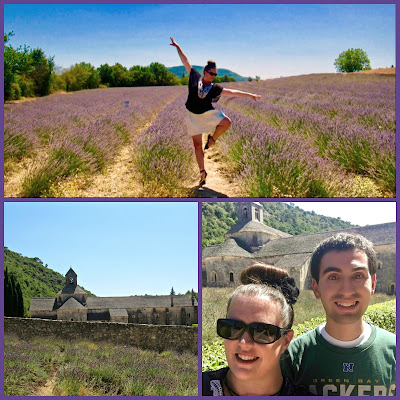 In the middle of the month, David's parents invited us to join them for a long weekend in Narbonne. It didn't end up being ideal swimming weather, but we still enjoyed the beach and the cathedral downtown. 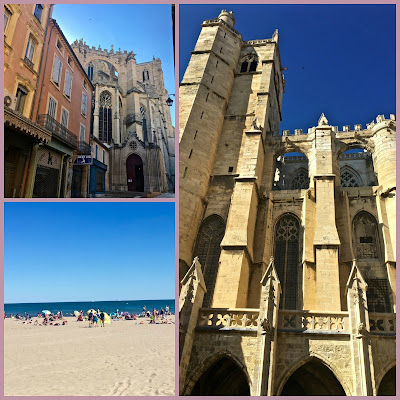 My friend Elvera came to visit near the end of the month. We walked over 75 miles (yep, I added it up) across 5 countries.

We saw beautiful and interesting things in southern Italy (Naples, Pompeii, and Sorrento), but honestly the cheap delicious food alone was worth the trip. 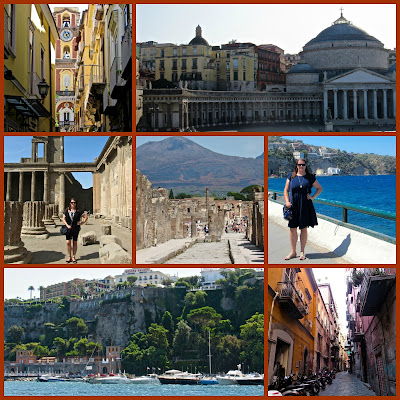 After Italy, I ventured to Scandinavia for the first time. I fell in love with Denmark and its beautiful castles, and was also able to spend an afternoon in Sweden. 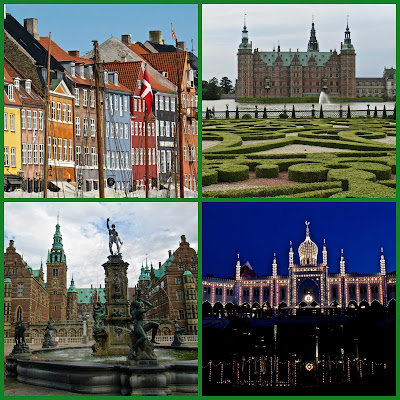 September
In September, David's American immigration finally started to progress. We started to see the light at the end of the tunnel.

We spent a rainy Saturday at the Sisteron fortress with David's mom. 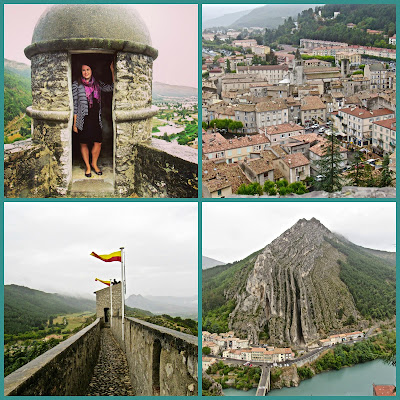 On September 28th, we celebrated our first anniversary! To commemorate the occasion we spent the weekend prior in Cinque Terre and Tuscany, Italy. Is there anywhere in that country that isn't amazing? 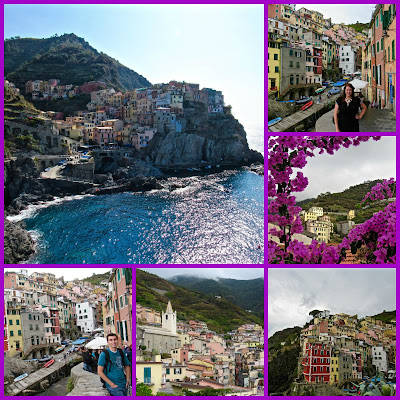 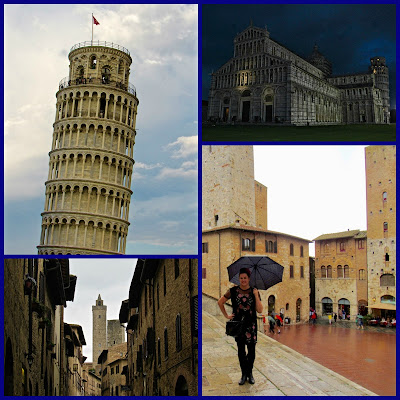 October
We stuck close to home this month. I was happy to see some fall colors and nice views in Eze and near Gap. 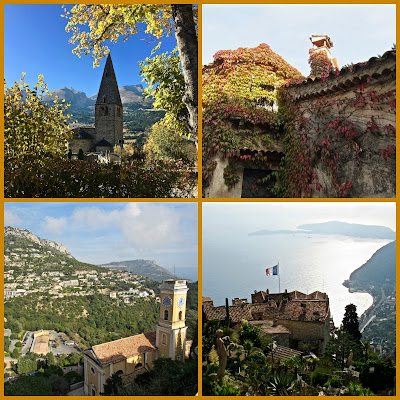 November
In November we toured some beautiful mansions near Beaulieu-sur-Mer and drove around in search of cute small towns in Provence. 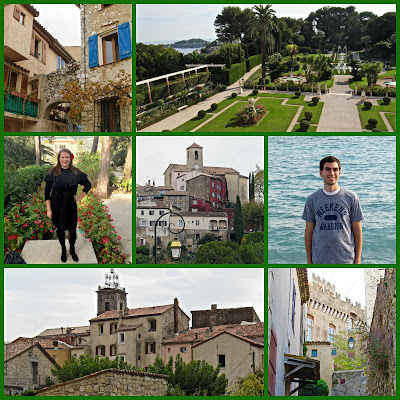 I went home for Thanksgiving for the first time since 2011! I hadn't been home for close to a year, so it was great to be back. It was a short trip, but I tried my best to get my fill of family, Buttercup, and Culver's.

December
We started out December with a trip to Paris for David's interview at the American embassy. I got to sightsee and say "goodbye for a while" to my beloved Paris while he took care of immigration things. 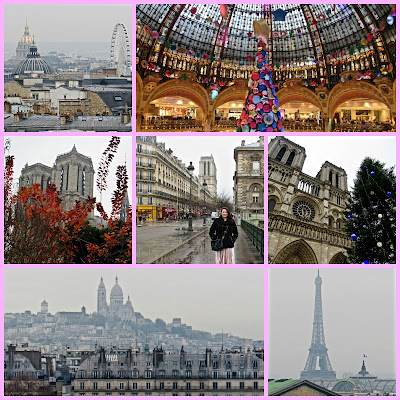 Everything went well at the embassy besides missing one document. We got that submitted last week, so hopefully we'll hear from them soon and everything will be official.

We ended the month by spending the holidays with David's family.

It's funny, because I don't feel like this past year was very busy. I had a lot (too much) down-time when I was home alone with nothing to do. I had moments of boredom and homesickness. David had moments of frustration about his job and France in general. We both felt stress due to the uncertainty of immigration.

But when I put it all together like this, this year looks crazy in an amazing way. It was the most I've ever traveled. We were able to spend a lot of time together and with David's family- not to mention check so many things off of my travel bucket list. I'm thankful for all we've gotten to do considering next year we will be settling down like real adults (at least that's the plan).

So what will 2018 hold for the Rubinos? David is officially leaving his job on January 31st. We will move our stuff from Cannes to Gap and do some more traveling before we come home. We're planning on going to Sicily to visit the Italian Rubinos, and probably doing one more trip with just the two of us.

We should be home in early March, but at this point I've realized I can't actually predict when we'll be home until David has his visa in hand, everything is packed, and we have plane tickets. Initially we thought we'd be home in September... but now the end is actually near.